The settlement will see $41 million in private loans for 1,523 borrowers in Massachusetts forgiven

More than 1,500 borrowers in Massachusetts will see their student loans forgiven as part of a $1.85 billion national settlement that Attorney General Maura Healey and 38 other states reached with student loan company Navient to resolve allegations that it misled borrowers into entering costly repayment plans that added to their balances.

The settlement announced by Healey on Thursday will also bring $6 million back to Massachusetts, including $2.2 million in restitution for more than 8,300 federal loan borrowers in Massachusetts.

"Navient's steering process, while quick and easy for Navient, has been disastrous for borrowers, and it all could have been avoided if Navient had only done what was the right thing to do," Healey said at an afternoon virtual press conference where she was joined by two borrowers from Massachusetts who stand to have their student debts wiped clean.

Healey accused Navient of steering student loan borrowers into forbearance agreements that added to their debt instead of counseling them on income-driven repayment plans that would have lowered their monthly payments. The settlement will see $41 million in private loans for 1,523 borrowers in Massachusetts forgiven.

While Navient denies any wrongdoing, the company's chief legal officer Mark Heleen said it agreed to the terms of the agreement "to avoid the additional burden, expense, time and distraction to prevail in court."

Thousands of borrowers initially rejected when they applied for the federal government's Public Service Loan Forgiveness program have learned they will get relief.

"Navient is and has been continually focused on helping student loan borrowers understand and select the right payment options to fit their needs. In fact, we've driven up income-driven repayment plan enrollment and driven down default rates, and every year, hundreds of thousands of borrowers we support successfully pay off their student loans," Heleen said.

Navient is a national company based in Delaware that services and collects on student loans, managing $300 billion in student loans for more than 12 million private and federal borrowers. The company was formed in 2014 when Sallie Mae split into two entities - Sallie Mae Bank and Navient.

Healey said Navient's servicing practices violated the state's consumer protection laws to prohibit companies from engaging in unfair and deceptive practices, and Arwen Thoman, the student loan ombudsman in Healey's office and head of the student loan assistance unit, said it's also against the law in Massachusetts to make loans without a reasonable basis to believe the borrower will have the ability to repay.

"This settlement brings us one step closer to healing our broken student debt system," Healey said. 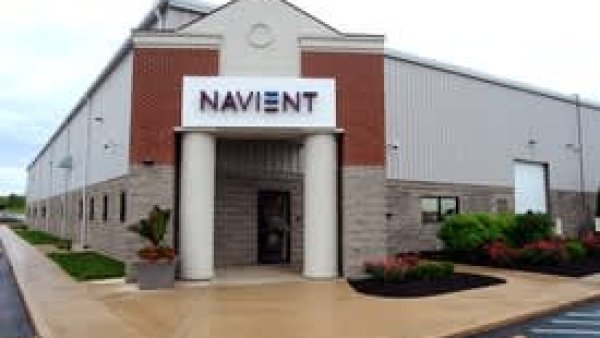 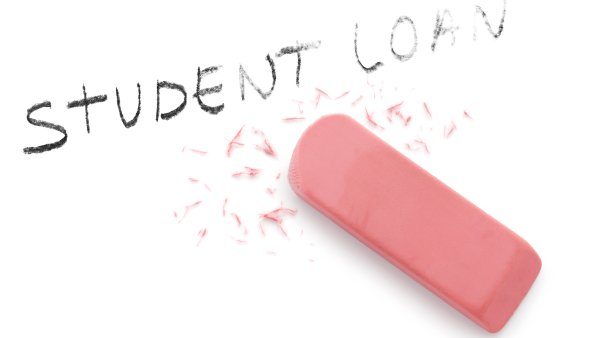 While the agreement was filed in Suffolk Superior Court, it still requires court approval to take effect. Navient said if accepted it would resolve all six lawsuits brought by attorneys general against the company, and includes "an express denial of the claims and any borrower harm by the company."

Healey, who is close to deciding on whether to run for governor in 2022, has been vocal in her support for student loan forgiveness, joining with U.S. Sen. Elizabeth Warren and U.S. Rep. Ayanna Pressley last year in calling for President Joe Biden to forgive up to $50,000 in student loan debt for federal borrowers.

The White House announced Wednesday that payments on federal student loans will remain paused through May 1, 2022.

Last April, she called the system "fundamentally broken," and said her office has used the legal system to prosecute predatory lenders and tried to help borrowers restructure payment plans, get their loans out of default and resolve billing disputes.

Kelly Feeherry, one of two student borrowers who joined Healey on Zoom, said she regrettably attended the New England Institute of Art where she feels she was not only misled by the school about access to leading technology and promises of job placement success, but also when it came to financial aid.

"They promised to get me federal loans, which come to find out once the bills started coming in they had basically took out all private loans all of which were variable," said Feeherry.

Healey's office said Navient used these types of subprime loans offered to Feeherry as "an inducement" for schools to use Navient as a preferred lender for more profitable federal and prime private loans.

Feeherry has six private loans that will be forgiven as a result of the settlement, and said it will enable her to restore her credit and help her husband purchase their family's first home. She lives in Franklin.

"I'll finally be able to contribute so much more to our family now and invest in my family. I have a four-year-old daughter and I want to see her do great things," Feeherry said, on the verge of what she described as "happy tears."

Another borrower, Heleena Moon, said she took out a loan from Sallie Mae to attend her dream school Howard University, but after graduating during the recession entered into a deferment plan without fully understanding that the interest on her loans would build.

"This is just going to be an amazing opportunity for everyone," she said. Moon lived in Roxbury, but has since moved to Washington, D.C.

Student borrowers eligible for private loan cancellation are expected to receive a notice from Navient by July 2022 along with refunds of any payments made on the canceled loans after June 30, 2021, while restitution checks of $260 for eligible federal loan borrowers will be mailed by mid-2022.

Eligible borrowers do not have to do anything to apply or qualify for settlement relief, though the attorney general's office did advise people to go to the U.S. Department of Education's website studentaid.gov to make sure their address is up to date.

More information on the settlement and eligibility can be found here.