The use of contactless payment options have also soared during the pandemic, according to the state treasurer, who said the lottery also needs to have the flexibility to expand cashless transactions

Massachusetts residents have increasingly been going online during the COVID-19 crisis to purchase nearly everything under the sun — including alcohol.

State alcohol regulators have seen a 300% uptick in direct-to-consumer alcohol deliveries throughout the pandemic, state Treasurer Deborah Goldberg said during a virtual hearing on the state budget Tuesday.

Under state law, a direct wine shipper may send up to 12 cases of wine per year to a Massachusetts resident. The signature of a person age 21 years or older is required for delivery.

Alcohol sales and consumption have spiked dramatically during the pandemic as a self-medicating method to deal with the stresses of COVID. The Rand Corporation found in a survey of 1,500 Americans that alcohol consumption was up 14 percent last spring. Among women, it was up 41 percent. Health experts say these red flags can point to a spiraling problem.

The Democrat also oversees the state lottery, which he said took a hit during the early months of the pandemic. Overall sales in the months of March, April, and May last year fell by a combined $244 million compared to the same period in 2019.

"Since then, our revenues have stabilized and improved," said Goldberg, who has revised the lottery's 2021 fiscal year net profit projection from $940 million to $985 million.

Goldberg also said that the use of contactless payment options have soared during the pandemic and the lottery also needs to have the flexibility to expand cashless transactions. 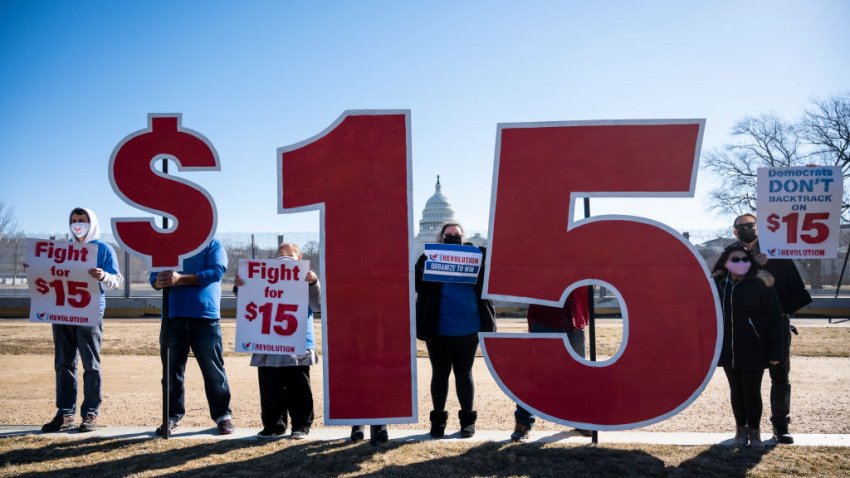 The $7.25 Minimum Wage Can't Pay All the Bills in Any State