The arena would also host Paralympic basketball, according to plans

As a news event, it had none: Boston 2024 came to TD Garden Thursday to reconfirm the plans it already announced in January to use the venue – whose president serves on the committee's board – for basketball and gymnastics.

But with two weeks to go to Governor Charlie Baker’s deadline for seeing a plan that clearly locates and pays for the 33 Olympic events and doesn’t put city and state taxpayers on the hook, the Garden event amounted to another campaign stop for an Olympic bid now clearly in campaign mode.

Boston 2024 chairman Steve Pagliuca, an owner of the Boston Celtics, who play in the Garden, introduced Boston Mayor Martin J. Walsh by saying how excited he’d be for the day Walsh could welcome international athletes to the Hub. 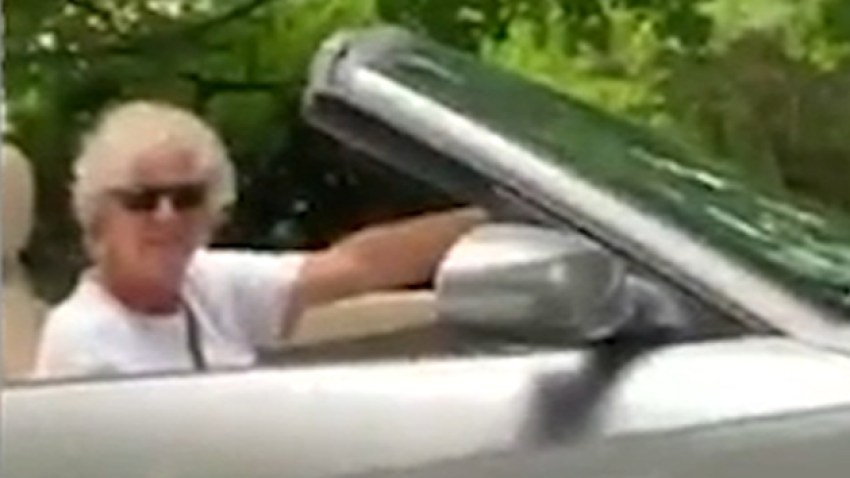 "Hopefully, you're all in, and we're all in for this exciting event," Pagliuca said in introducing Walsh, a gentle attempt to lock the mayor in an Olympic bear hug.

Walsh, however, then proceeded to make sure that he kept at least some daylight between him and the widely unpopular Olympic bid, which recent polls have shown more than half of Bay State voters oppose.

"I know that all of us are eager to see the revised bid as we move on here," Walsh said. "It shows that 2024 has been working and listening to the communities on focusing on where the venues should be."

But pressed by reporters later to answer whether he is, in fact, "all in," Walsh said: "Oh, no. We're still working on the bid. There's always unanswered questions around what the final document's going to be, and we're going to see them myself and other folks, and the city of Boston is going to wait to see what's in the final document."

The TD Garden announcement came after a string of events where 2024 rolled out new venues, changed from the January "1.0" bid plan, and aimed at lining up new pockets of support around the state: Sailing, moved to New Bedford and Buzzards Bay from Boston Harbor; tennis, moved from Harvard University to the Sportsmen’s Tennis club in Dorchester; shooting, moved from Long Island in Boston to a private gun club in Billerica; and beach volleyball, relocated from Boston Common to Squantum Park in Quincy.

To critics like No Boston Olympics, Thursday’s re-announcement of TD Garden for basketball and gymnastics looked like an attempt at faking an appearance of positive momentum.

"Boston 2024 has had two years to make the case to Massachusetts voters that this is a good idea, and people really aren't buying it," No Boston Olympics' Chris Dempsey said in an interview Thursday afternoon. "We have other priorities that we need to focus on here in Massachusetts, not the Olympics in 2024."

Pagliuca said a clear message he got from International Olympic Committee officials in Lausanne, Switzerland, earlier this month was that "they are looking for the Olympic games to be positive for cities, and I think these games are going to be very, very positive for Boston, and we're going to roll all that out by the end of the month."

Thursday also marked the first public appearance in support of the games by newly named Boston 2024 board of directors member Aly Raisman, the Needham gymnast who won gold medals at the 2012 London games.

"It's one of the biggest sporting events in the world, and I hope that, you know, more people are on board with it," Raisman said, declining to comment on how she thinks 2024 could better sell the games bid to a widely skeptical public.

"I think they're doing a great job," Raisman said. "It's going to be incredible. I mean, I’m excited for the Olympics next year, and I hope to be there, and then they have 2020 as well, so they still have a lot of time to plan everything. But I think it's going to be amazing, and I really hope Boston gets it."

Pagliuca insisted he's unfazed by polls showing most Bay State voters oppose the bid - and rumblings the U.S. Olympic Committee may soon abandon Boston for Los Angeles before the Sept. 15 deadline to officially nominate an American city to the IOC as a 2024 games candidate.

"Many bids have started out very slowly," Pagliuca said. "London was a huge underdog, and so we think as soon as we roll the plan out, as soon as people see what a fantastic set of venues we have, what a fantastic opportunity it is to have the games here … affordable housing, transportation, jobs – I think there's huge amounts of benefits."

But No Boston Olympics' Dempsey says despite all the venue tweaking and efforts to line up political and voter support outside the metropolitan Boston area, the fundamental problem of the bid remains unfixed.

"Boston 2024 has been making all sorts of announcements about venues and locations, but they still can't answer basic questions about taxpayer guarantees and the fact that taxpayers will be on the hook if there are cost overruns or revenue shortfalls," Dempsey said of the price tag – potentially running to billions of dollars for a state that's already endured the $3-billion-turned-$14-billion Big Dig in Boston.