Kyzr Willis drowned near the bathhouse by the water at the Curley Community Center on July 26, 2016

The city of Boston has reached a $5 million settlement with the family of Kyzr Willis, a 7-year-old boy who drowned in July 2016 while attending a city-run camp in South Boston, the family's attorney said Tuesday.

“The pain will never go away. Nothing can ever be done to bring him back," Kyzr's mother, Melissa Willis said of the settlement. "All we can do now is make sure that no one ever forgets the life that he lived.”

Kyzr drowned in the water near the bathhouse by the Curley Community Center in South Boston on July 26, 2016. 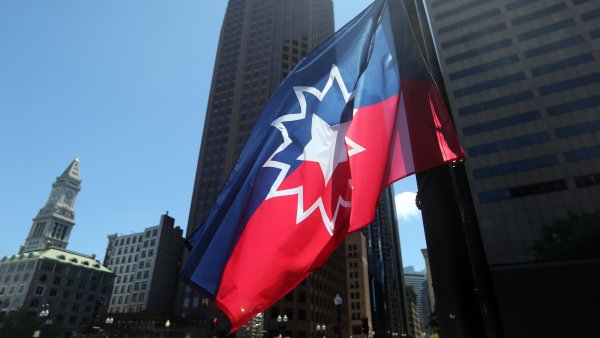 The family filed the wrongful death suit in 2017 alleging "grotesque, reckless negligence" against the city of Boston and its mayor, arguing they disregarded a 2012 state law known as "Christian's Law," which orders camps to test children for their swimming proficiency and to provide life jackets to children who are deemed "at-risk swimmers" or "non-swimmers." The law was enacted after 4-year-old Christian Frechette drowned at a camp in Sturbridge, Massachusetts, in 2007.

Vikas Dhar of Dhar Law, LLP in Charlestown, one of the lawyers representing the Willis family, said Tuesday that the city of Boston had been having ongoing negotiations with the Willis family but agreed in early April to end the lengthy legal process that the family has endured.

"The family now has some sense of closure, but only thing that Melissa and Ralph have focused on is making sure no other family suffers an avoidable tragedy like this," Dhar said. "As a result, will be now moving in the direction of asking the Department of Public Health to do a better job of providing state-wide oversight on applying Christian's law properly to keep kids safe when they participate in city-sponsored programs near swimming pools and open bodies of water."

Besides Walsh and the city, the 12-count wrongful death lawsuit named several of Walsh's subordinates as defendants, including William Morales, the commissioner for the Boston Centers for Youth and Families, and Frederick B. Ahern, the Curley Community Center director and administrative coordinator.

An attorney for the family also said at the time that the day care center was not properly supervising children. Kyzr was one of 56 children supervised by about 30 staff members. According to lifeguards, the tide was coming in around the time Kyzr was seen last, raising the water level and making the current stronger.

An investigation into the boy's death showed Kyzr made his way back to the water without staff supervision and drowned. His body was found in about 10-feet-deep water. The Suffolk County District Attorney's Office ultimately ruled there was no foul play in his death.

Boston launched a review of protocols at all of its summer camps following Kyzr's death.