City councilors in Fall River, Massachusetts, have voted to remove Mayor Jasiel Correia from office temporarily after his latest arrest.

Ponte had asked the 27-year-old to step down Monday. 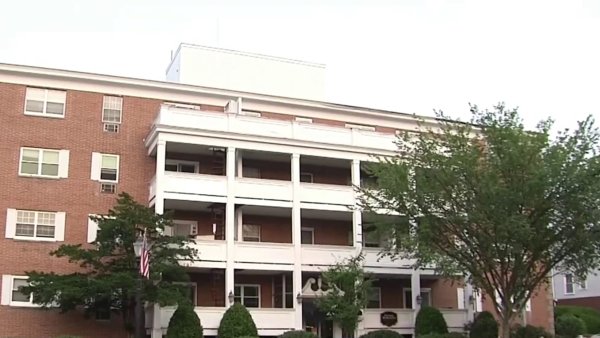 "I don't feel it's appropriate that the mayor continues to assume his duties as mayor, given the fact that there is an over-24-count federal indictment levied over him," Ponte said Tuesday. "I think it's a concern for the community, and I think, as we move forward as a community, we need some stability in governance, in an office, and I don't think he can provide that."

But Correia told NBC10 Boston he would not leave office.

"I'm not going to resign," Correia said Tuesday. "I did offer a compromise. The council has to do what they feel is best for them. I'm doing what's best for the people of Fall River and for the city of Fall River. That means continuing to do my job each and every day."

The city councilors were nearly unanimous in their desire to have Correia removed.

"Take a vacation. Go fishing. Whatever the case. Pack your bags, because I think you're going to go in a little bit," said City Councilor Leo Pelletier.

"I do not have any confidence in this mayor, moving forward, and I will do anything within my power to make sure he does not continue," added City Councilor Stephen Long.

Steven Camara is the only councilor who voted in favor of Correia.

"One is presumed innocent until proven guilty," he said.

Correia can now choose to file an injunction with the court to fight the City Council's decision.

Also at the City Council meeting, the Fall River Task Force was expected to outline a proposal that would give executive power to a city manager, according to the Boston Globe. That proposal would make the mayor the head of the City Council and school committee, but it would strip some mayoral powers.

Correia's arrest last week was his second in less than a year, adding a second set of federal charges after he was accused of conspiring to extort thousands of dollars from marijuana vendors.

Correia was also accused of extorting a building owner for cash and a Rolex watch in exchange for activating the water supply in his building. Additionally, he demanded kickbacks from his own chief of staff.

He pleaded not guilty to those charges Friday and maintained his innocence when speaking to media outlets.

Last October, the Fall River mayor pleaded not guilty to charges that included wire and tax fraud after he allegedly misused investor funds to enjoy a lavish lifestyle.

Correia is seeking a third term in office. There will be a preliminary election on Sept. 17.