A horrible smell at a housing authority complex in Worcester, Massachusetts has finally been identified after two weeks and residents are disgusted. 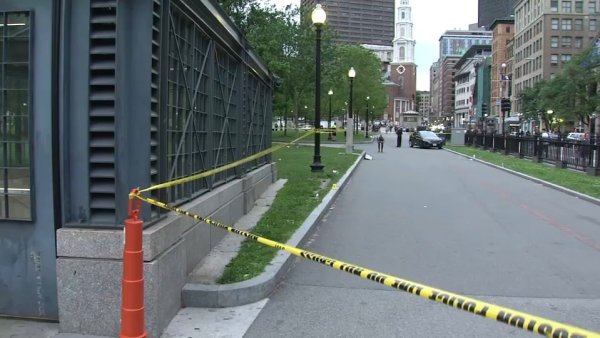 One resident thought it was an electrical problem. Another called the fire department Monday night and the smell led them to the basement of 80 Boylston St.

"I saw what looked like spit balls, but big, that’s like the consistency of whatever’s down there," said resident Mallory Shelly. "I could see that it was visibly brown-green nasty stuff, like raw sewage."

It turns out that’s exactly what they had discovered.

"There was a backup on the city’s main sewage line that had spilled back into one of our properties and one of our basements," Worcester Housing Authority Executive Director Alex Corrales said.

Working simultaneously over the past two days, city crews worked to clear the main pipe, while the Housing Authority hired an outside company to clean and sanitize the basement.

"Between October and February, we have the weather against us because things get cold, we have the holidays and people cooking, we have people throwing things down the drain that they shouldn’t, wipes and grease, and all that creates a perfect storm of bad news in a drain system," said Worcester Housing Authority Director of Maintenance Steve Alvarez.

This time he says they pulled out 65 feet of baby wipes – twice!

"We’re working with the city, we’re going to talk to them about what preventative measures we can do to avoid this from occurring," said Corrales.

"Hopefully the smell will leave and everything goes back to normal," said Battle.

Corrales says they will bring crews back if there are additional issues or smells.

He says part of their preventative plan will be trying to work with the city to pump out these pipes in the fall instead of waiting until it’s a problem in the winter.