Police: Teen Driver in I-95 Crash in Westwood Was Racing, High on Drugs

Massachusetts State Police say a teen driver involved in a serious crash on Interstate 95 on Friday morning was racing with another vehicle and operating under the influence of drugs.

The crash, which occurred around 5 a.m. on I-95 north in Westwood, caused major delays throughout the morning commute.

Aerial footage from NBC10 Boston's Sky Ranger helicopter showed a vehicle upside down on the interstate and a tow truck nearby. Officials were able to turn the vehicle over and place it on the truck so it could be removed just before 6 a.m.

State police said their investigation shows that David Hector, 19, of Norwood, was driving north on I-95 in a 2011 Chevrolet Malibu, allegedly racing a 2008 Hyundai Elantra operated by an unnamed 19-year-old man from Dorchester. 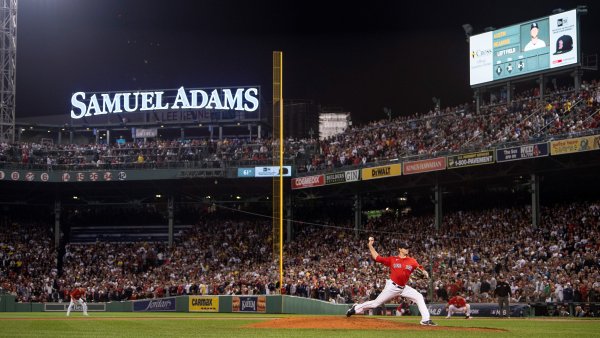 As the vehicles were traveling just south of Exit 13 in Westwood, the Hyundai struck a 2001 Suzuki SUV which was also going north. The driver of the Hyundai then lost control of his vehicle, causing it to roll over and crash.

The driver of the Hyundai and his 17-year-old female passenger were both ejected from the vehicle. The driver was taken to Beth Israel Hospital and the passenger to Brigham and Women's Hospital. The extent of their injuries was not immediately known.

The driver of the Suzuki was taken to Faulkner Hospital for treatment of minor injuries.

Hector is charged with operating under the influence of drugs, racing a motor vehicle, negligent operation of a motor vehicle and a marked lanes violation. He was booked at the state police barracks in Milton and is expected to be arraigned on Friday morning in Dedham District Court.

Delays remained after the crash was cleared Friday morning, with traffic reaching Norwood and Canton at times.

State police said they were assisted at the scene by Westwood and Canton fire and EMS and the Massachusetts Department of Transportation.