Despite Early Bergeron Goal, Bruins Fall to Toronto in Game 1

Mitch Marner scored twice, the second on a short-handed penalty shot to give Toronto the lead for good, and the Maple Leafs beat the Boston Bruins 4-1 in the opener of their first-round playoff series

Mitch Marner scored twice, the second on a short-handed penalty shot to give Toronto the lead for good, and the Maple Leafs beat the Boston Bruins 4-1 on Thursday night in the opener of their first-round playoff series.

Tuukka Rask stopped 29 shots for Boston, and Patrice Bergeron scored a power-play goal midway through the first on a pass from Brad Marchand. But Marner tied it with about three minutes left in the period, sweeping in a rebound with such force he knocked himself off his skates.

About three minutes into the second and Boston on a power play, the puck popped toward center ice and Marner had a clear path to the goal. When he was just outside the crease, Jake DeBrusk was called for bringing him down from behind, and sending him crashing into Rask.

DeBrusk walked down the tunnel and into the dressing room after the crash into the boards, but later returned to play.

Marner lined up for the penalty shot, came at Rask from the left side and then slid over to the right faster than the goalie could follow. He flipped the puck into the open net to make it 2-1.

It was Toronto's first postseason penalty shot in 20 years.

Frederik Andersen made 37 saves and William Nylander and John Tavares also scored for Toronto, which swiped the home-ice advantage in the best-of-seven series as it tries to advance through Boston for the first time in six tries. 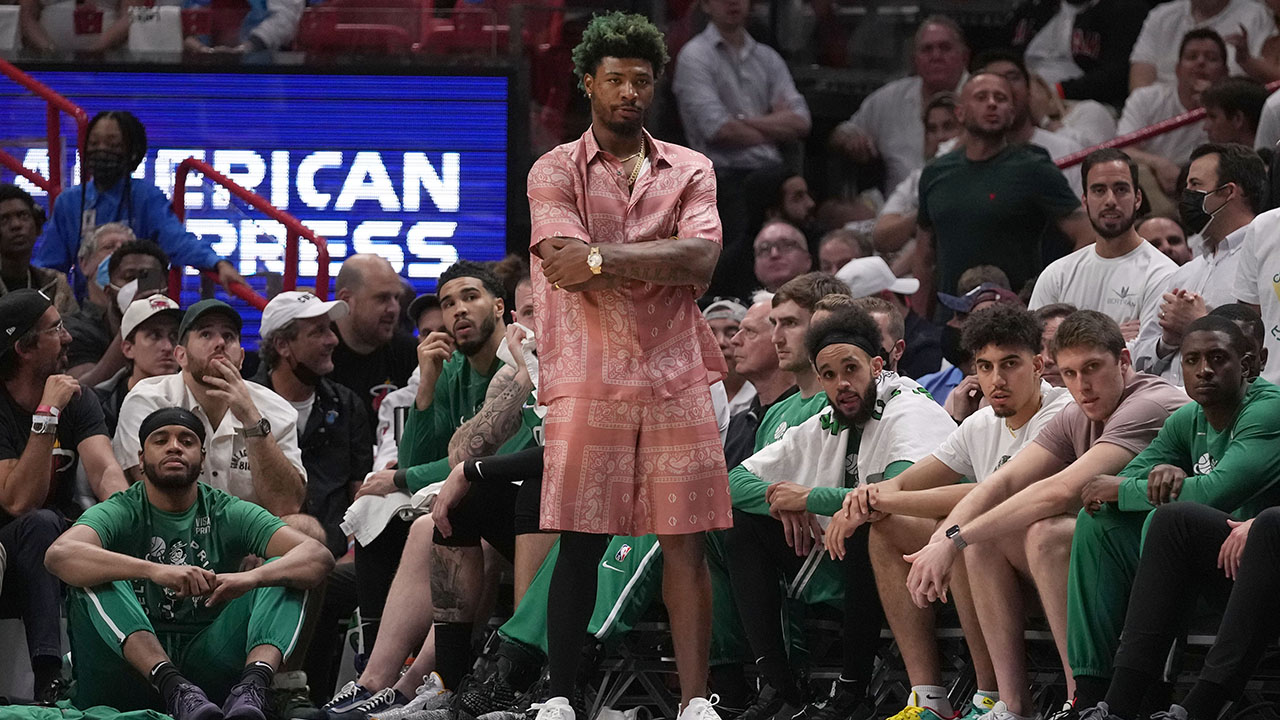 Nazem Kadri sent Nylander off on a breakaway to make it 3-1 with 95 seconds left in the period. Rask came up with a pair of saves in the final minute to keep things from getting out of control, stopping Tavares on a breakaway with 38 seconds left and then a 3-on-1 at the horn.

Boston pulled the goalie with 2:35 left, but Tavares scored off a center-ice faceoff with 79 seconds left.

Game 2 is Saturday night in Boston before the series moves to Toronto for Games 3 and 4 on Monday and Wednesday.