A woman was killed Monday morning in a pedestrian crash in Boston's Roxbury neighborhood, according to Massachusetts State Police.

The crash happened sometime around 7:45 a.m. on the Massachusetts Avenue connecter near Melnea Cass Boulevard, state police said. State police have identified the driver allegedly involved in the crash as a 34-year-old man from Rocky Mount, North Carolina.

The driver was taken to Boston Medical Center for possible injuries. 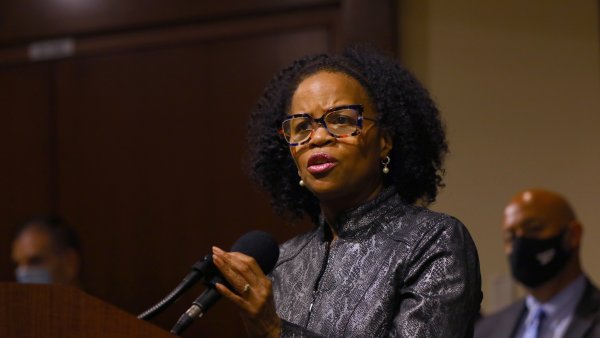 "It's terrible," commuter Anna Wozniak said. "It's sad, so sad."

Sue Sullivan, who works with businesses in the area, said they meet with police regularly to try to avoid situations like this pedestrian crash.

"Weaving in and out of traffic, some people panhandling, some people selling flowers. It makes for a tough dynamic," she said.

Details on the victim, including her age and name, have not been released.