At one point, the restaurant’s roof began to fall, forcing firefighters to exit the structure and fight the flames from outside.

A four-alarm fire tore through a bagel shop in Revere, Massachusetts late Monday night, damaging the popular eatery and leaving customers in shock.

The fire was reported just after 11 p.m. at Bagel Bin Deli, about a block away from Revere Beach. Firefighters had a difficult time accessing the blaze because of security gates at the site, and spent time cutting through the locks.

"This is where everybody comes, everybody comes here," said Diane McLaughlin, a customer who lives in town. "The mayor, the street people, me, the residents... It’s really shocking."

At one point, the restaurant’s roof began to fall, forcing firefighters to exit the structure and fight the flames from outside. Crews said the back of the building sustained the most damage.

Artan "George" Vlladesi, and his wife Ella, opened the doors to the deli 20 years ago. The building and its customers are as much a part of the family as their daughter Katherine Prifti.

"People say you have a business, but it wasn't a business for us. Everybody that came through that door was loved," Prifti said.

While firefighters doused hotspots Tuesday morning, loyal customers continued to stop by to assess the damage. 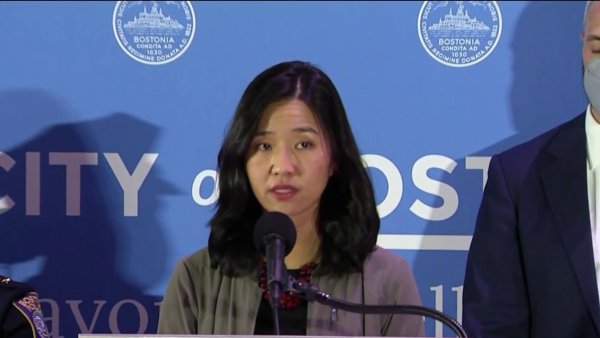 ‘It's Gonna Be a Big One': Mayor Wu Declares Snow Emergency in Boston

"This is like my office. This is the place... it isn't just a local restaurant, it's a citywide restaurant," City Councilor Ira Novoselsky said. "They came here from all over... even out of town."

Vlladesi says despite the damage, his family will rebuild and make the deli even better.

"We are very, very appreciative to this country for what they did for us," he said. "I love this country that's all I can say."

No injuries were immediately reported in connection to the fire.

The cause of the blaze remains under investigation.