NBC10 Boston has obtained previously unreleased footage from last month's derailment of a train on the MBTA Red Line.

The line's signal system was seriously damaged after the train went off the tracks at JFK/UMass Station on June 11, sparking criticism of the MBTA as well as repair work transportation officials expected to last through the summer.

In the newly released video footage, a Red Line train can be seen approaching the platform as a flash appears. Additional sparks appear to fly from the area of the tracks. 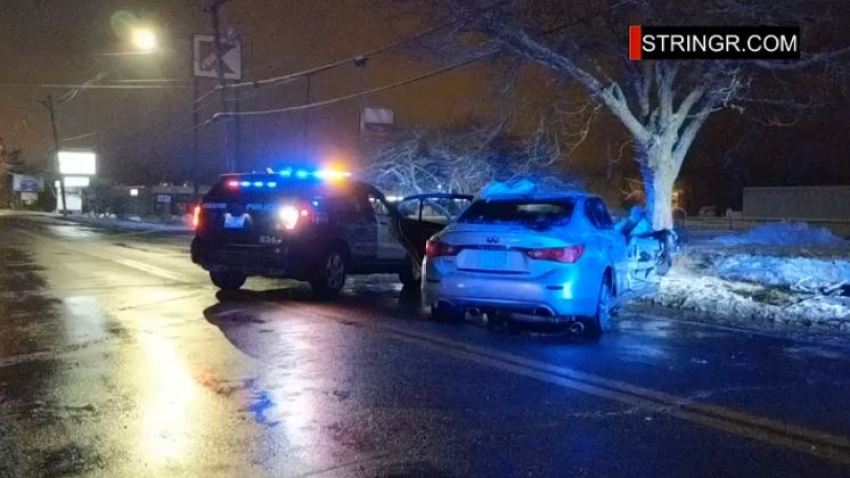 2 Men Dead After Car Crashes Into Tree in Brockton

"I was very surprised," Clement Murjan said at the time of the derailment. "I just saw the train and one of the parts was falling off and I was actually going to take the train to North Quincy, so I don't know how I would have fared."

The Boston Fire Department said 61 people were evacuated from the train.

Two weeks after the incident, Massachusetts Gov. Charlie Baker announced a "one-time infusion" of $50 million to expedite the repairs.

"It's taken at least 20 minutes longer, some days a half hour longer," said commuter Ann Donovan. "You stop at almost every stop and wait. And it's unpredictable."

"There just needs to be a better way for people to get around," said commuter Tom Conley-Wilson.