Ex-Cop Who Aided Abduction of Man Found Dead Gets Prison

A former Massachusetts police officer whose badge, gun holster and handcuffs were used by two men who kidnapped another man later found dead has been sentenced to prison.

Michael Schoener, 45, was found guilty earlier this week of accessory before the fact to the kidnapping of 37-year-old James Robertson of Avon, who was kidnapped from his home in 2014 and found murdered in the woods in Upton about two years later.

Schoener was sentenced to six to nine years in state prison Thursday, but was released following the hearing, as his sentence was ordered stayed pending appeal.

Authorities say Feeney and Morrison, pretending to be police officers, went to Robertson's home, flashed badges and told him they needed to escort him to a drug probation test. Robertson's remains were found in a wooded area of Upton nearly two years later when a hunter reported finding what he believed to be a human skull.

Robertson is said to have had struggled with drugs and alcohol and had been arrested for breaking and entering.

Prosecutors said Schoener gave his badge, holster and handcuffs to Feeney, the man believed to have masterminded the kidnapping. 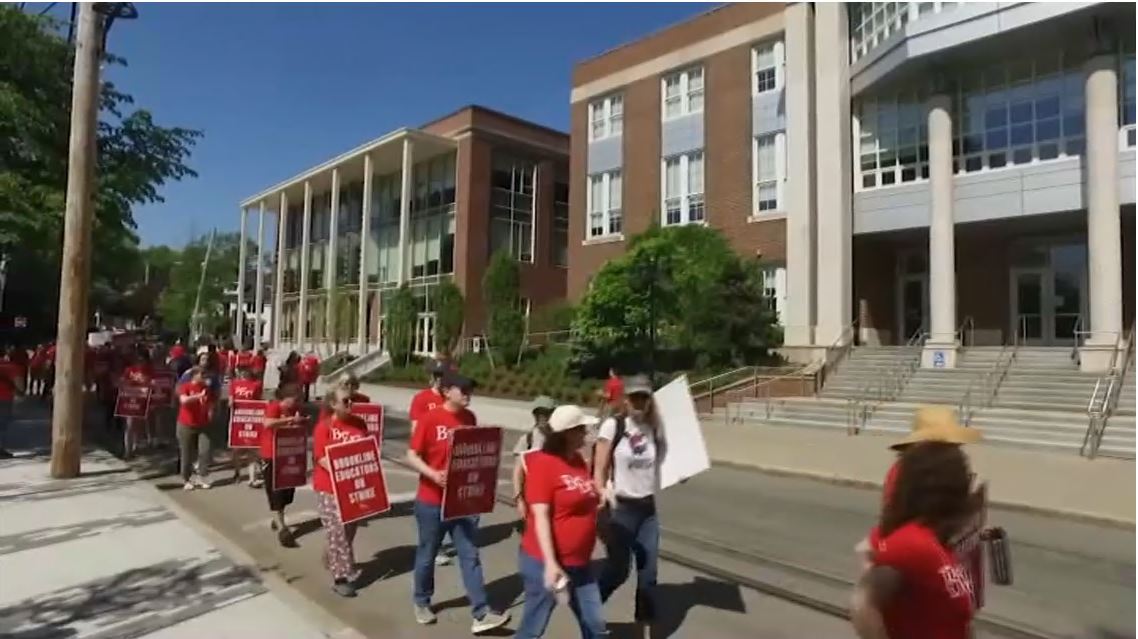 "It was important to this family, to this office and to the law enforcement community that Michael Schoener be held accountable for his part in this awful crime," Norfolk District Attorney Michael Morrissey said this week. "He stands convicted of handing over to his drug dealer his police badge, holster, handcuffs and information about James Robertson. It was a shocking betrayal of public trust, with a brutal and shocking outcome."

Dedham Police Chief Michael D'Entremont also issued a statement this week, extending his gratitude to the investigators and prosecutors involved in the case.

"Schoener has been found guilty of abusing the sacred trust placed by the citizens of the Commonwealth of Massachusetts in police officers and the municipal police badge," D'Entremont said. "His actions jeopardized that trust, and there is no room for individuals who engage in this type of conduct in the profession of policing."