A Massachusetts man has pleaded guilty to animal cruelty charges for his role in a cockfighting ring.

Last year, a police raid uncovered the ring in the home of Alejandro Hilton, 52, of Lawrence, according to the Eagle Tribune.

The Tribune details the gory details as to what authorities found, including roosters with spikes taped and glued to their legs. 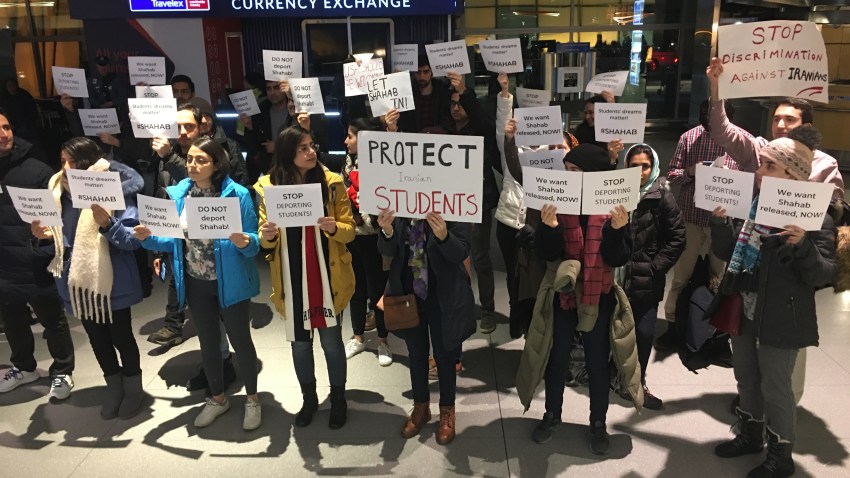 Protest at Boston Logan Airport, Where Northeastern Says Student From Iran Was Stopped

Hilton has received a $1,000 fine and a two year sentence to a house of correction, with six months to serve, reports the paper.

Others arrested in the original raid also appeared in court last week.