Mansfield Firefighters Respond to Blaze at Their Own Station Overnight

Firefighters in Mansfield, Massachusetts responded to an unusual location for a blaze: their own station.

At about 3 a.m. Wednesday, four firefighters at the station were awakened by the sound of their smoke alarm and went downstairs to investigate. There, they could see fire and smoke emitting from the garage, potentially coming from a fire truck.

Officials quickly responded to the blaze and had some assistance from Easton and Norton's fire departments. 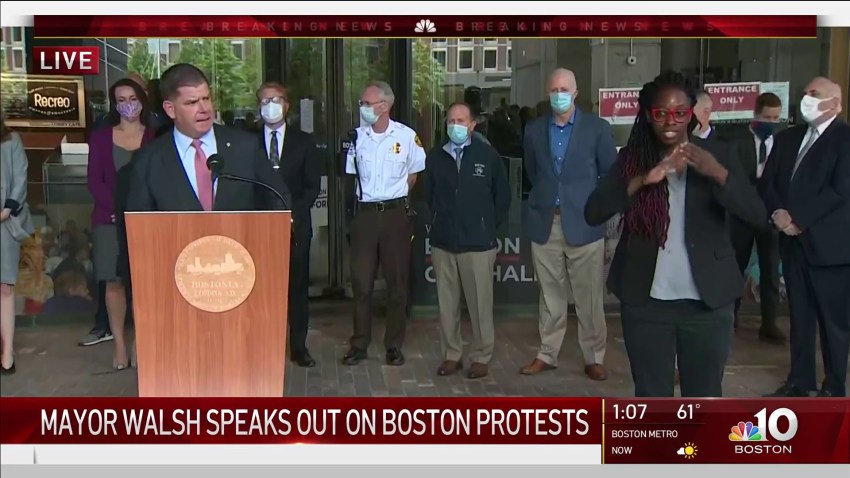 "Getting a call like this certainly gets you up and gets you moving pretty quickly," Mansfield Fire Chief Neal Boldrighini said. "Knowing that everybody is OK is our first priority. That being done, again, is the logistics of firefighting operations."

One of the fire trucks was damaged in the blaze and it appears the fire may have broken out in the engine of the vehicle. The exact cause of the blaze remains under investigation.

As a precaution, two firefighters were taken to a local hospital to be evaluated for possible smoke inhalation.

"The reality is, we have a logistical problem now," Boldrighini said. "We're down an engine and we're down a firehouse."

The damage to the truck is estimated at $600,000, which should be covered by insurance. The ordeal now has the town juggling firefighting operations and logistics.

Authorities said they hope to be back working in the station within the month.