A white Massachusetts firefighter is off the job after necn brought a racist social media rant to the attention of the department's chief.

Freetown firefighter Kyle Grenier, 25, was fired Thursday for his Facebook posts targeting a black family under scrutiny for a large house party.

Fire Chief Gary Silvia says he had no idea about the posts until necn brought it to his attention Thursday morning. After reviewing the comments, he took swift action. 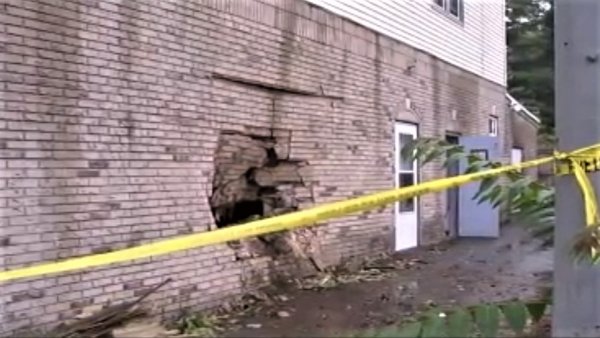 car vs building 2 hours ago

"The town of Freetown and the fire department will not tolerate racism at all," Silvia said. "I was shocked and saddened at the same time that he would do something like this."

"I can see the next fire call will be this house on fire and I'll make sure I can't find the hydrant lol," Grenier wrote. "Make sure no water so no more house party's [sic] with black Boston people."

The chief says Grenier served as a part-time firefighter for five years, but that the department is moving on.

"It can't be tolerated and he needs to learn a lesson," Silvia said.

There is no social media policy for town employees, but the chief says after this incident, that could change.