A man charged with biting off another man's finger during a brawl at a Massachusetts golf course faced a judge on Monday.

Forty-six-year-old Derek Harkins of Brockton was released on $10,000 bail after pleading not guilty in Plymouth District Court to charges of assault and battery, mayhem and disturbing the peace. He refused to answer questions as he exited court.

Plymouth Police Chief Michael Botieri said two foursomes were on the 18th hole at Southers Marsh Golf Club on Friday evening when an altercation broke out. 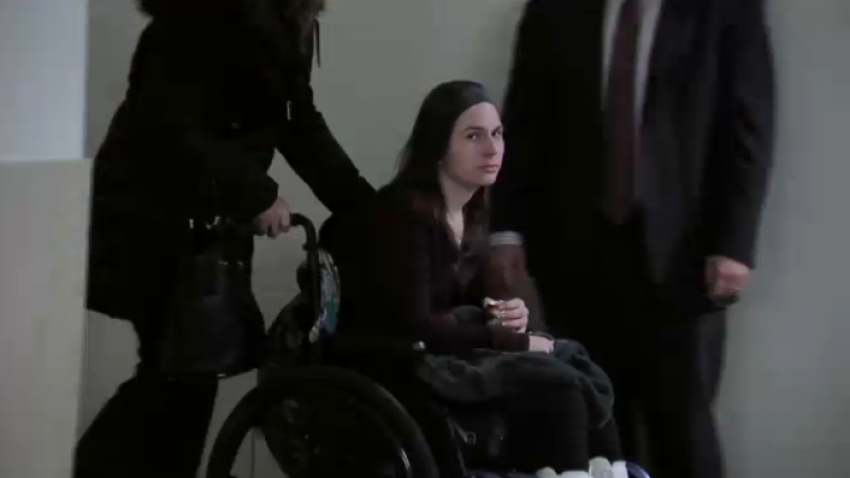 He said the victim - 57-year-old Daniel Menton of Marshfield - had a finger bitten off "to the knuckle." Menton told police as his finger was being bitten, it sounded like someone chewing on a Dorito. He was taken to the hospital but doctors could not surgically re-attach the digit.

When authorities got to the scene, court documents say Menton's finger was clearly severed and he was in shock, unable to speak about what happened.

When an investigator approached Harkins, he allegedly stated, "You must be looking for me."

Harkins told police the foursome of golfers in front of them was playing too slow and appeared to be cheating in the tournament, and Harkins’ father yelled at the group telling them they had too many players, according to the Plymouth police report.

The other group then yelled back some curse words, and that’s when Harkins and his father allegedly started driving their golf carts toward the group of golfers.

Harkins allegedly told officers they took a swing at his father and missed, so he jumped out of the cart and began to throw punches. He also said the group jumped on top of him and a hand was in his mouth, so he bit down on a finger.

Video was taken at the scene by another team and has been handed over to police. The police report said the video clearly shows Harkin out of control and there was blood coming from his mouth and face.

Harkins also admitted that he drank three beers, according to the police report.

A judge ordered Harkins to stay away from the club and avoid alcohol as part of his bail conditions.

His attorney said outside of court Monday that "things aren't always as they seem."