Motorcyclist Allegedly Hit Trooper While Under the Influence

According to Suffolk County District Attorney Daniel F. Conley, a Lynn man was arraigned in his hospital bed at Beth Israel Deaconess Medical Center earlier today, after allegedly striking a state trooper with his motorcycle.

Danilo DiRoche was arraigned by Chelsea District Court on 12 charges, including, operating under the influence, assault and battery with a dangerous weapon and reckless operation.

Chelsea District Court Judge James Wexler set bail to $10,000 and ordered DiRoche to abstain from drugs and alcohol, and not drive without a proper license during the pending case. Diroche will also be subject to random alcohol/drug screenings.

According to statements by Assistant District Attorney Vincent DeMore in court, state police patrolling in the Revere Beach Boulevard area spotted a Yamaha motorcycle that was speeding.

Troopers followed DiRoche and commanded him to stop. He allegedly ignored the officer's orders and continued at 60 miles per hour. The posted speed limit is 30 mph.

After allegedly travelling about a half-mile, a trooper was standing outside of his car, conducting a traffic stop. DiRoche allegedly ignored verbal commands and hand signals from the officer before striking the trooper. According to police, Diroche appeared to make no attempt to slow down or swerve around the officer.

The motorcycle struck another vehicle on the opposite side of the road before coming to a stop. 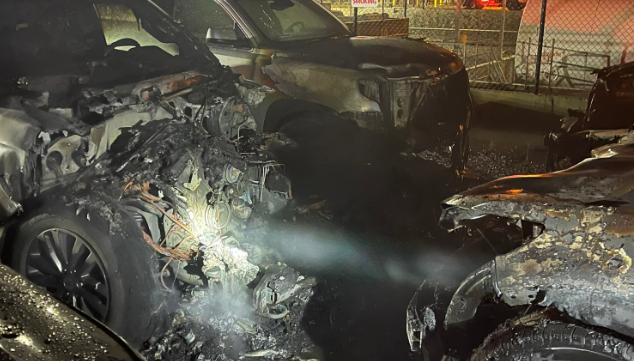 DiRoche then allegedly fled the scene and was captured while he was running through a field between Beach Boulevard and Ocean Avenue.

According to police, they smelled alcohol on DiRoche's breath and noticed slurred speech.

After being read his Miranda rights, DiRoche allegedly made statements that he drank three to four beers before riding his motorcycle, according to police.

The injured officer is at Massachusetts General Hospital with non-life threatening injuries. DiRoche was first transported to Whidden Hospital in Everett and then moved to Beth Israel Deaconess Medical Center.

DiRoche will return to court July, 7.