A Boston Police officer was trying to arrest a man with multiple active warrants when he was hit by a car and seriously injured in Jamaica Plain on Wednesday.

The Boston Police Department said the officer was in the area of 3084 Washington St. at about 10:30 a.m. when he saw the suspect, who was known to have several arrest warrants active. The officer approached the suspect, who was later identified as 39-year-old Wilfredo Burgos of Roxbury, and told him he was under arrest.

Burgos allegedly pulled away from the officer and tried to evade arrest. The officer then chased after the suspect across Washington Street and both he and Burgos were hit by a car.

Biden Nominates Rachael Rollins as US Attorney for Massachusetts 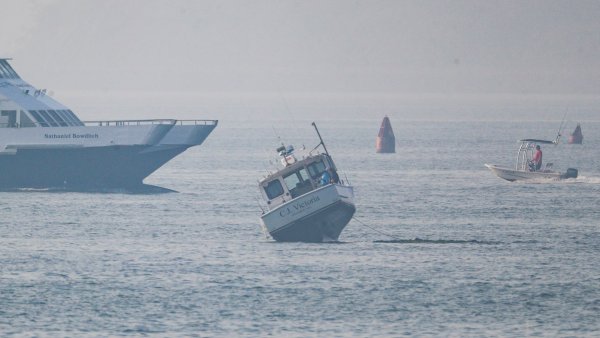 6 Passengers Evacuated After Boat Runs Aground in Winthrop

NBC10 Boston's SkyRanger footage showed the officer on a stretcher being taken into an ambulance.

Police said the driver of the car that hit the officer and suspect stayed at the scene. No citations were issued to the driver, Boston police said.

Burgos was charged with resisting arrest and assault and battery on a police officer. His outstanding arrest warrants stemmed from charges that included receiving a stolen credit card, driving with a suspended license, receiving stolen property and more.

He is expected to be arraigned at West Roxbury Court at a later date. It is unclear if Burgos has a lawyer.