Police are calling a fire that damaged a church in Haverhill, Massachusetts, early Tuesday morning suspicious and are offering a reward for information leading to an arrest.

The fire broke out around 3:30 a.m. at the Riverside Church on Groveland Street.

The fire was put out and damage was contained to the outside of the building. 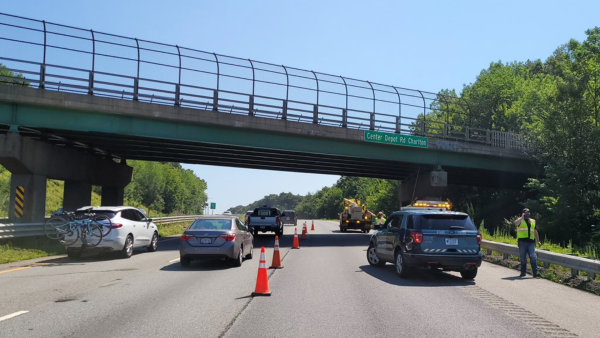 Heavy Delays After Parts of Overpass Falls onto Mass. Pike in Charlton

The church's pastor thinks it was intentionally set. He told the Eagle-Tribune that investigators found an accelerant poured along the side of the building.

Up to $5,000 is being offered for information leading to an arrest. Anyone with information should call police or the ArsonWatch line at 1-800-682-9229.