Emanuel Lopes, 20, is the suspected gunman behind the fatal Weymouth shooting that killed Sgt. Michael Chesna and 77-year-old Vera Adams

Slain Weymouth Police Sgt. Michael Chesna's handcuffs were used to restrain the man accused of shooting and killing him when he was transported from his hospital bed to court on Tuesday.

Lopes pleaded not guilty to murder charges at his arraignment Tuesday and was ordered held without bail. He is accused of shooting and killing Chesna and 77-year-old bystander Vera Adams.

He was taken to the Quincy District Courthouse for his arraignment in a police van and made his way into the building in a wheelchair. He was hospitalized after being shot by a pursuing police officer on Sunday.

Prosecutors say Chesna responded to a report of a crashed vehicle on Sunday morning when he saw Lopes throwing a rock through the window of a home. Lopes then allegedly threw another rock at Chesna, striking the officer in the head.

When a responding officer arrived, he fired at Lopes, striking him in the leg.

Lopes fled through several yards, arriving behind a Torrey Street home. That's where authorities say he fired three shots into the home of Adams, killing her. 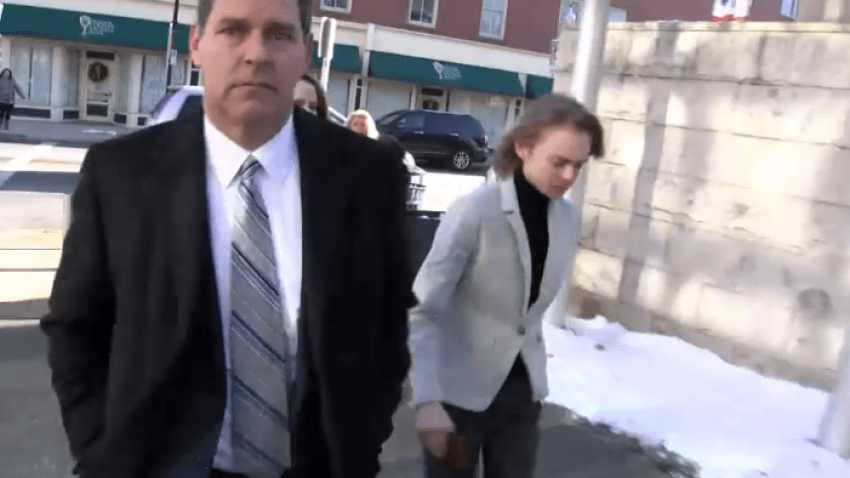 Lopes' defense attorney said he has been unable to speak with Lopes coherently since the shootings and that his client has a history of hallucinations. He recommended Lopes be sent to a mental hospital for evaluation.

However, a court psychologist said that while Lopes disagreed with the charges, he understood them and the defendant was coherent and could describe events in sequential order.

An estimated 3,500 people attended a vigil for Chesna on Monday. He was honored with bagpipes, flags and an honor guard at the Weymouth High School football field.

Chesna, who was described as a decorated officer, was posthumously promoted from officer to sergeant.

Residents continue to stop by the Weymouth Police Department to leave flowers as a tribute to the fallen officer.

Businesses have also made donations to help cover funeral costs.

"It's very, very said, so I just want to pay my respects," said Brenda Courtois of Randolph.

A New York nonprofit started in memory of a firefighter who died on 9/11 also announced that it will donate $100,000 to help Chesna's family pay off its mortgage.

Chesna's funeral is set for 11 a.m. Friday at Saint Mary's Church in Hanover. His wake will be held Thursday from 4 to 8 p.m.