Two years ago, Danielle Reny of Boston was running her hometown marathon, her family of avid runners cheering her on near the finish line, when the unthinkable happened.

"I made it all the way to about halfway down Boylston Street before I had to stop," she said.

The blast knocked Danielle off her feet, keeping her from finishing the race she had trained so hard for. But that quickly became unimportant.

Her parents were injured, but it was her younger sister Gillian, a dancer since she was three, who had sustained the worst injuries. 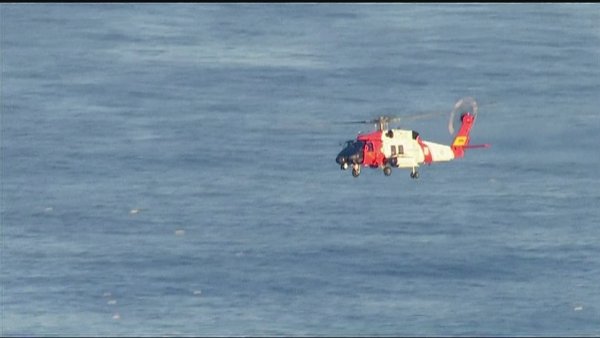 Swimmer Flown to Hospital After Going Missing on Martha's Vineyard

All three were rushed to Brigham and Women's Hospital.

"Trauma is something that you never expect and it could happen to anyone and it happens in an instant and your life is pretty much forever changed," said Gillian.

Shrapnel had torn through Gillian's right leg. It would be four months before she would walk again on her own.

But Gillian, now a sophomore at Penn, has tackled her rehabilitation with determination and grace.

Her sparkling eyes and contagious smile hiding the pain she has had to overcome to get where she is today.

As part of that road to recovery, Gillian and her family are hoping to help other trauma victims in their own journeys of healing.

"It was really because we wanted to give back to the medical heroes who had helped our family and so many others that day, and what we found was that trauma was an under-addressed, under-funded area," said Gillian's mother, Audrey Epstein Reny.

"It's amazing to see this institution rise and rally like they have and we're so proud to be aligned with their interests here for the cause of trauma care and research," added Gillian's father, Steven Reny.

So they started raising money to fund research on bone and skin regeneration, grants for innovative approaches to trauma care and fellowships to train trauma surgeons.

"Our goal was $3 million in three to five years, and we have almost raised $4 million," said Gillian.

Two years later, Danielle, Steven and Audrey Reny, along with a team of runners, will be raising money for the Gillian Reny Stepping Strong Fund at Brigham & Women's Hospital.

"Starting the fund has been definitely something that has enabled us to channel our energy into something positive," said Audrey.

Even members of Gillian's team of doctors, nurses and physical therapists who helped her overcome some of her darkest days will be running this year's marathon as part of her Stepping Strong team, like senior physical therapist Katey Mirch.

"It reminds me why I do my job and why I love what I do,” said Mirch, “and we actually do make a difference for people."

And Danielle says she can't wait to cross that finish line, stepping strong for her sister, Gillian, once again.

"She's been basically running her own marathon every day, so it's just so inspiring, and makes what we're doing seem easy in comparison," said Danielle