An iconic diner in Worcester, Massachusetts, has found itself in trouble with Harley-Davidson Motor Co. over a hand-painted mural of the company's logo.

Miss Worcester Diner owner Kim Kniskern says she received a cease-and-desist letter from Harley-Davidson last week. At first, Kniskern said she was excited to see the letter was from their Milwaukee headquarters — until she opened it.

"I was kind of in shock because they were asking me to take down the Harley sign," Kniskern said. "I understand trademarks and all that, their logos and all this stuff but I didn't think that I was doing anything wrong because I'm not profiting off it."

The artwork outside the historic lunch car on Southbridge Street was hand-painted by a local artist three years ago, Kniskern said. 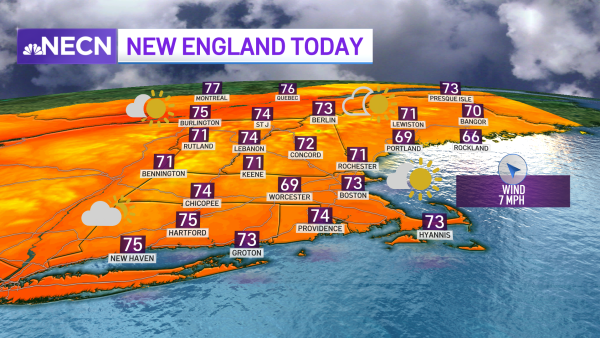 Loyal customers have been rallying around Kniskern and don't see how the mural is hurting anyone.

"If they're going to tell you, you can't have a sign, are they going to tell her to take her tattoos off next," regular customer Bob Keller asked.

"Some banana in corporate saw this sign and it's probably just protocol and sent it, whatever," customer Tommy DiGioia added.

"While I know that brand protection is important, I do not believe that there is any confusion in this case," Petty wrote.

Petty even invited a representative from Harley Davidson to the diner to discuss the mural concerns over some breakfast but has yet to hear back.

"To have that support alone from the mayor is just a positive thing. He's a great guy," Kniskern said.

NBC10 Boston also reached out to Harley Davidson for comment but has not yet heard back.

Police in Derry, New Hampshire are working to catch whoever is behind five stolen motorcycles in the last couple of weeks. Three have been found so far, including an $85,000 custom Harley Davidson.