A Missouri judge on Monday ruled that the state's lone abortion clinic can continue performing abortions through Friday but kicked the clinic's lawsuit out of court.

St. Louis Circuit Judge Michael Stelzer extended a preliminary injunction he previously issued in order to give a Planned Parenthood affiliate in St. Louis time to take a licensing fight before an administrative panel.

Stelzer ruled the clinic has not yet exhausted its options outside of court to handle the dispute over its license to perform abortions. The state health department on Friday declined to renew the clinic's abortion license. 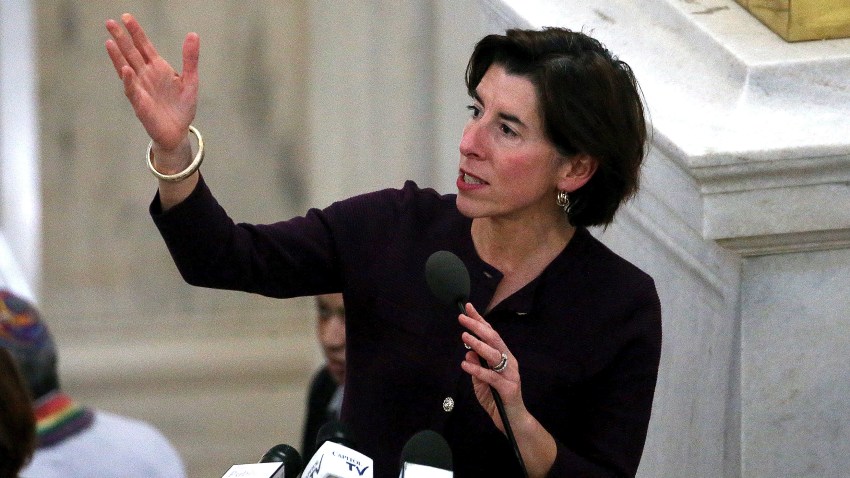 The judge directed Planned Parenthood to take the issue up with the Administrative Hearing Commission, a panel that typically handles disputes between state agencies and businesses or individuals.

"We will continue this fight in the Administrative Hearing Commission, and we won't stop until every person can access the care they need when and where they need it," said Dr. Colleen McNicholas, an OB-GYN at Reproductive Health Services at Planned Parenthood of the St. Louis Region.

She said in a statement that if the commission doesn't act by Friday, "abortion access in the state of Missouri will be gone."

Republican Gov. Mike Parson's spokesman Steele Shippy said the judge's ruling affirms the state's contention that the licensing dispute should be heard by the commission.

"We look forward to trying the merits of this case in front of the AHC in our ongoing effort to ensure Planned Parenthood is following our state's health laws which are necessary to protect women's safety," he said in a statement.

Cases before the commission can be appealed in court.

The fate of the clinic has drawn national attention because Missouri would become the first state since 1974, the year after the U.S. Supreme Court's landmark Roe v. Wade decision legalizing abortion nationwide, without a functioning abortion clinic if it closes. The battle also comes as abortion rights supporters raise concerns that conservative-led states are attempting to end abortion through tough new laws and tighter regulation.

The state has said concerns about the clinic arose from inspections in March. Among the problems Missouri Department of Health and Senior Services investigators have cited were three "failed abortions" requiring additional surgeries and another that led to life-threatening complications for the mother, The Associated Press reported last week, citing a now-sealed court filing.

Planned Parenthood has said Missouri is using the licensing process as a weapon aimed at halting abortions.

Missouri is among several conservative states, emboldened by new conservative justices on the Supreme Court, to pass new restrictions on abortions in the hope that the high court will eventually overturn Roe v. Wade.

Parson signed legislation on May 24 to ban abortions at or beyond eight weeks of pregnancy, with exceptions for medical emergencies but not for rape or incest.

The number of abortions performed in Missouri has declined every year for the past decade, reaching a low of 2,910 last year. Of those, an estimated 1,210 occurred at eight weeks or less of pregnancy, according to health department data.

More Missouri women are getting abortions in Kansas than in Missouri. Information from the state of Kansas shows that about 3,300 of the 7,000 abortions performed there last year involved Missouri residents.

Kansas has an abortion clinic in Overland Park, a Kansas City suburb just 2 miles from the state line.

The nearest clinic to St. Louis is in Granite City, Illinois, less than 10 miles away. Illinois does not track the home states of women seeking abortions so it's unknown how many Missouri residents have been treated there.