While a Severe Thunderstorm Watch continued Monday afternoon for Northern New England with some storms pulsing strong enough to threaten damage on affected communities, another round of thunderstorms was developing in Ohio and Pennsylvania:

The storms over Ohio and Western Pennsylvania were developing in association with an energetic disturbance forecast to result in continued expansion of storms over the Keystone State and neighboring Maryland, then push northeast toward New England.  The arrival of this disturbance to Southern New England predawn to sunrise Tuesday brings what will likely be decaying thunderstorms into the region at a time of day that typically features limited favorability for strong thunderstorms.  While no heating of the day will be present in Southern New England Tuesday morning, however, ample energy will exist as humid air is blown northward off the Atlantic Ocean, bringing Convective Available Potential Energy ("CAPE" - energy available for thunderstorm growth and maintenance) to levels far above the 500 to 1000 joules per kilogram measurement we typically look for:

With CAPE values potentially exceeding 2500 J/kg, it appears a warmed Atlantic Ocean may actually provide thunderstorm energy, not deplete it as it so often does when the ocean waters are cooler.  The next concern are winds aloft - the jet stream winds will be blowing fast over New England (technical: "right rear quadrant" enhances diffluence of air aloft):

In addition to fast jet stream winds that may aid Tuesday early morning storm development or maintenance, the changing winds in lower levels of the atmosphere introduce the possibility of rotation in stronger storms.  Rotation doesn't always have to mean tornadoes, but often does mean the potential for damaging wind.  Tuesday morning, however, if thunderstorms are strong enough, the "significant tornado parameter" is quite elevated, implying a tornado spin-up surely couldn't be ruled out in Southeastern New England:

There's one big thing fighting against strong thunderstorm development, and that's the likelihood that the thunderstorm cluster will be decaying as it approaches New England.  In these cases, a pocket of warm air aloft can blow in advance of the storm cluster, effectively decreasing instability in the path of the storms, meaning their weakening trend often continues.  Though that may be the case for the bulk of the cluster that moves toward New England, the combination of favorable wind aloft and ample ocean-enhanced energy suggests Yours Truly will have to watch the radar like a hawk over Southern New England Tuesday morning.  To that regard, feast your eyes on the forecast radar image for Tuesday at 5 AM from the NAM forecast guidance:

See you on TV. 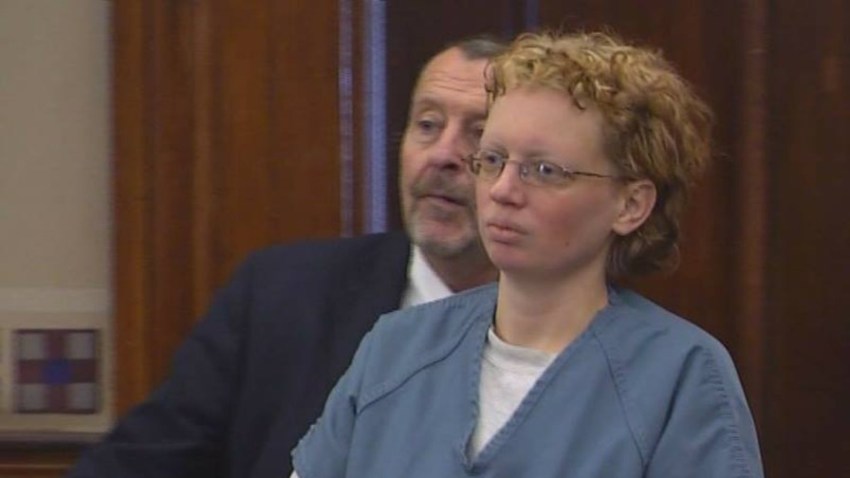 Woman to Be Sentenced For 10-Year-Old Daughter’s Death