The ex-wife of a man convicted of injecting Liquid-Plumr into his then 7-year-old daughter's cecostomy tube six years ago was convicted Wednesday on a reckless endangerment charge, Massachusetts prosecutors said. But her lawyers are accusing the district attorney's office of wildly distorting the case.

Julie Gordon, formerly Julie Conley, was convicted by a Hampshire Superior Court judge on a misdemeanor charge of reckless endangerment of a child, the Northwestern District Attorney's Office said. She was sentenced to probation until September 2023.

But Gordon's lawyers said the district attorney's press release announcing the resolution of the case was "a grotesque distortion" of what really happened in court.

They said her conviction is in no way connected to the child poisoning case, and the district attorney's press release creates the innuendo that she was involved in her daughter's poisoning.

"Ethically, the DA's office should retract its wildly distorted statement and reissue a statement that is consistent with what actually happened," attorney Rachel Weber, a member of Gordon's legal team, said in an email.

Gordon, 39, of Northampton, was originally scheduled for trial last year but it was delayed due to the coronavirus pandemic.

The district attorney's office said in its statement that the conviction was the culmination of an investigation that began in 2015 after Gordon's daughter was admitted to Yale New Haven Hospital in Connecticut with life-threatening abdominal injuries.

Christopher Conley, Julie Gordon's ex-husband, was charged with attempted murder after he admitted injecting Liquid-Plumr into his then 7-year-old daughter's cecostomy tube in an attempt to kill her. He then overdosed her on pain medication.

The girl had a cecostomy tube to treat constipation.

A seven-hour surgery was required to remove over six feet of the daughter's intestines. She then needed another surgery to remove one-third of her bladder, according to prosecutors.

Prosecutors said Gordon misrepresented her daughter's medical condition and consented to surgical procedures she knew carried the risk of scarring and impairment of bodily functions.

“Today’s plea holds the defendant publicly accountable for her disturbing conduct, while providing some measure of closure, healing and justice for the victim,” First Assistant District Attorney Steven E. Gagne said in a statement. “This disposition allows the victim and her family to close this particular chapter and move on with their lives.”

Gordon appeared at Wednesday's hearing via Zoom, entering a "nolo contendere" plea in which she maintained her innocence.

“This is a case of a devoted mother committed to seeking the best care and treatment for her medically complex child at Yale-New Haven Hospital, who became a target of this district attorney’s office as a consequence of her husband’s criminal conduct," said Gordon's lawyer, Bonnie G. Allen. "The prosecution admitted Ms. Gordon had nothing to do with her husband’s poisoning of their child, but nonetheless proceeded to blame her for her daughter’s genetically-based medical syndromes. I thought the days of such antiquated chauvinist notions of mother-blaming were in the past.”

Gordon's defense team said they maintain that she was wrongly accused, but they are satisfied with the resolution of the case to protect her from a potential wrongful conviction.

The child, now 13, was adopted after the incident. 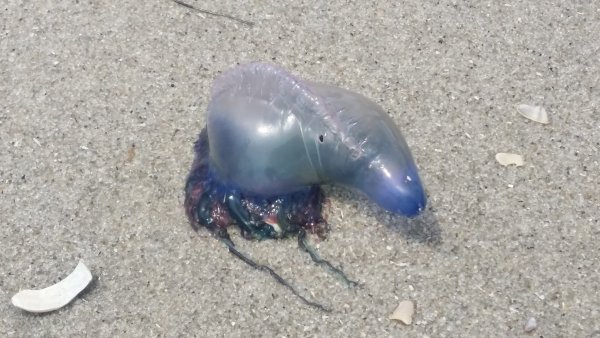 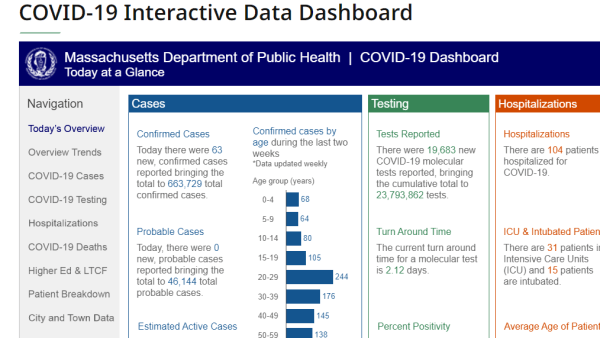 Mass. Making a Series of Changes to Its COVID-19 Reporting Dashboard