Twenty-five years ago, an idea for a television station came to life.

"When I introduced the very first reporter package, in the newsroom behind me, people erupted in wild applause. I was thinking it was just a package intro! But of course it was much more than that - it was the culmination of so much hard work and vision," the longtime anchor recalled. 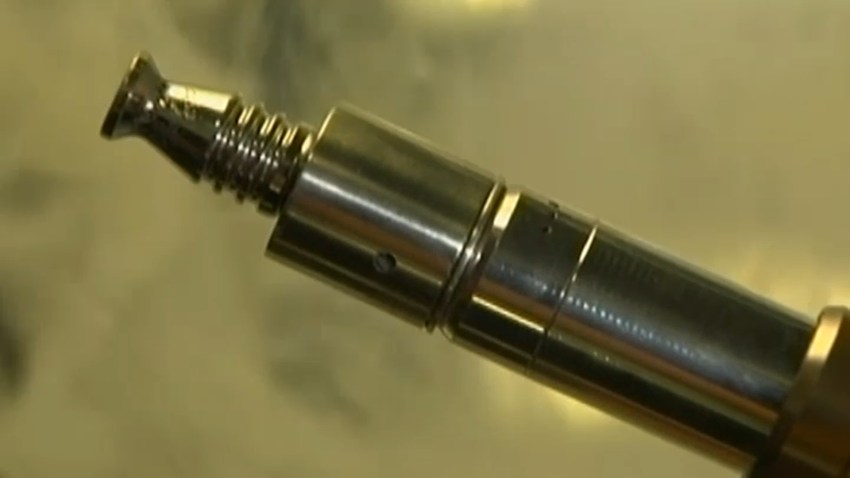 Since then, journalists at the regional outlet reported on the snowstorms, trials and tragedies - and everything in between - that has affected New Englanders.

Meteorologist Tim Kelley, who believes he was the first on-air person hired for the then-fledgling cable station, said one of the first memorable hurdles necn had to overcome was when the station lost electricity during a December 1992 storm that "was supposed to be rain, but ended up as snow."

Producers were scrambling because there wasn't power to produce a show, but Kelley had an idea.

"We went live and took phone calls," he said, which the viewers loved.

The format, eventually called Storm Central, was a hit, and the team used it for the next two decades.

necn hasn't solely focused on regional news - it has also extensively covered the stories that have impacted the nation and world at large.

Nikitas said he was on air within three minutes of American Airlines Flight 11 hitting the World Trade Center's North Tower on Sept. 11, 2001, and was joined by Leslie Gaydos seconds later.

"I told viewers that one had to consider the possibility it was not an accident," he said.

Then the second airline, United Flight 175, hit the South Tower.

"The worst moment for me was when we confirmed that the two planes which hit the towers had taken off from Logan Airport in Boston, and they were full of passengers," Nikitas said. "I felt my blood go cold."

After the first plane hit the World Trade Center, necn stayed on air for 91 hours straight with no commercials.

Former anchor RD Sahl first joined necn in 1995 as the anchor of NewsNight, a half-hour show featuring interviews and news analysis on weeknights, which also won an Emmy in its first year.

The station "in its prime was a magical moment in broadcast news" because it had "strong, creative leaders committed to long-form journalism and first-rate storytelling," Sahl recalled. "It was lightning in a bottle."

Sahl said he did more international reporting than anyone else on the air in Boston while he worked at necn, covering stories in Germany, France, Japan, Haiti and at the Vatican.

For him, the most memorable figures he's interviewed are not famous names.

"It's the people who get caught up in the day's news - not by their own choice - they're the people I remember," Sahl said.

The idea of necn was conceived a year before its launch as a 50-50 partnership between Continental Cablevision, which was the largest cable provider in New England at the time, and Hearst. By 2002, Comcast became the 50 percent cable owner of the station, eventually leading to the cable giant buying out Hearst's share in 2009.

necn's success over the last two-and-half decades can be traced to many pieces, but the biggest is easily the loyal viewers who turn to station for its weather, breaking news and political coverage.

"My greatest memories are of the thousands of viewers I have met and spoken with," Nikitas said. "You are truly the lifeblood of what we do."