Fall is in the air! We are starting to feel the cooler, less-humid air occasionally as the season changes. And it is beginning to look like autumn as the leaves start their changeover to the brilliant colors New England proudly displays to tourists everywhere.

This season our foliage forecast is brighter than normal, with a delayed peak.

Last year we had a lot of dry weather leading up to the foliage season, and that stressed out the leaves and trees so our color was just OK. This year, we have had summer heat waves and lots of rain leading up to this color change.

Heavy rain caused roads to flood Thursday morning including in Wareham and on Storrow Drive in Boston.

Our weather in the last couple of weeks has been especially mild and will continue to be so in our 10-day outlook. That may push the peak foliage to a week or two behind schedule.

If the rest of September is drier than normal, the color could be brighter. We have had more than our fair share of rainfall in New England thanks to the remnants of Hurricane Ida causing, so drier days going forward will be best for brilliance.

In our 10-day outlook, we anticipate being around normal for rainfall. The first day of fall is Sept. 22 but we have color popping already.

Currently there are reports of “some” color all across the state. We expect peak foliage in northern New Hampshire and moderate color south to the Merrimack Valley by the first week of October, which would be 1-2 weeks behind average.

"Some" color is being reported, with leaf change across northern Maine and in higher elevations. Peak foliage is typically in late September for northern Maine, mid-October near the coast, so we anticipate the peak to arrive 1-2 weeks delayed.

In higher elevations, there are reports of “some” color in Vermont and no color in lower valleys. Most of the state will see peak foliage in early October, but we expect a 1-2 week delay.

Pops of color are starting to emerge in higher elevations of Massachusetts. Peak foliage usually occurs in mid-October from the Berkshires to northwestern Connecticut, late October in interior Massachusetts and Rhode Island and early November for Cape Cod. This season we may be 1-2 weeks delayed, potentially with color lingering on the Cape through Thanksgiving!

Unless, that is, there is a huge windstorm or late-season tropical storm that wipes off the leaves before they drop on their own.

Many of us would root for a colorful fall season as late as possible before the brown and snowy winter months. 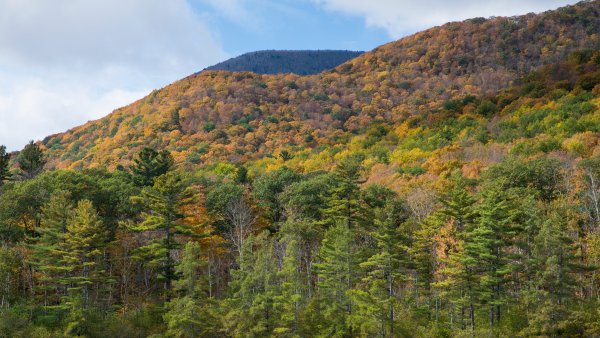 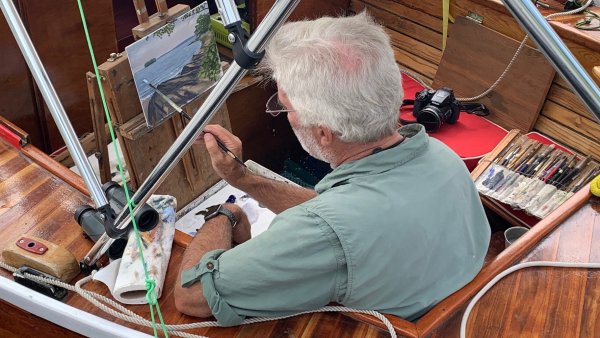