It’s the time of year for pumpkins, big temperature swings, and for the gorgeous foliage - it’s officially autumn in New England. However, with the unseasonably warm and record-breaking heat in September, coupled with the lack of rainfall, we are on the cusp of a drought.

As of last week’s drought monitor issued every Thursday through the National Drought Mitigation Center, most of New England was considered abnormally dry, with nearly 25 percent of Maine considered close to moderate drought at this point. This certainly doesn’t compare to last year’s severe drought at this point of the season. For Massachusetts, last year at this time, nearly 38 percent of the state was considered under extreme drought - this year 0 percent.

Now, let’s talk about the scale of drought. Most of Massachusetts this year, besides the Cape and Islands are abnormally dry. 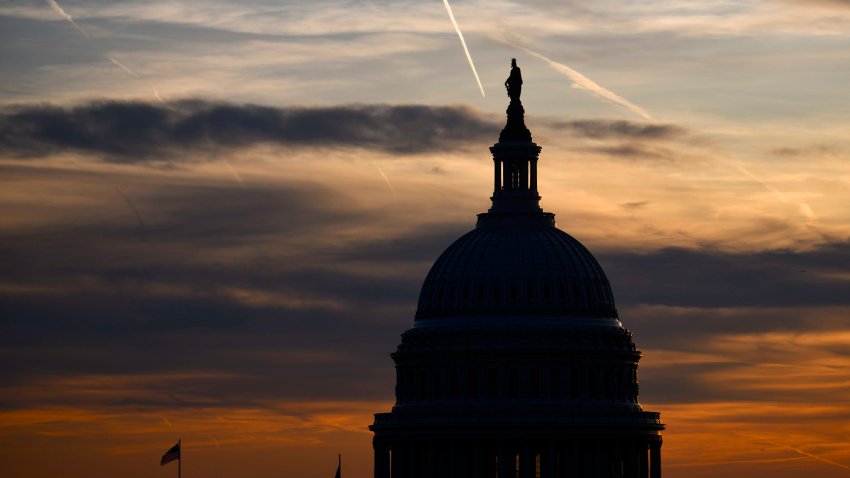 Many — But Not All — New England House Dems Backed the $1.9 Trillion COVID Bill

Here's What to Know About the Latest Mass. COVID Travel Order Change

From “Abnormally Dry,” the next tier is “Moderate Drought,” then “Severe Drought,” to “Extreme Drought,” and finally “Exceptional Drought”. To put it into perspective, a little over five percent of the northeast was under an extreme drought last year at this time, including parts of Mass., New Hampshire seacoast, and southern Maine.

As far as rainfall amounts for this month, most locations are well under their intended target. We are already halfway through the month of October 2017, and we’ve only received 0.49” of rainfall for Boston. That’s 1.55” below the normal rainfall amount. Hartford, Connecticut, Providence, Rhode Island are both at least 1.40” below their normal along with Worcester, Mass. nearly 1.80” below normal for rainfall. For the rest of New England, from Bangor, to Pittsfield, to Burlington, Vt., most spots are at least 1” below normal rainfall with Burlington, Vt., closing the gap with 0.5” below normal.

With quiet, dry weather sticking around for the rest of this week, we could see the drought becoming more of an issue along with fire weather danger.