The $82 bet on his phone at a sports bar in Manchester kicks off sports betting online and on mobile devices after the state approved a six-year contract with DraftKings to operate sports books in the state. A state law allows anyone over 18 to participate. It also allows the state to set up retail locations to facilitate betting.

The wagering is expected to produce an estimated $7.5 million for education in fiscal year 2021 and $13.5 million two years later.

"Sports betting is the right bet for New Hampshire," Sununu said in a statement. "The launch of sports betting will also benefit our education system — a win for our kids."

The contract between DraftKings and the New Hampshire Lottery was approved in late November by Executive Council, which advises the governor. New Hampshire will receive 50% of sports betting revenue.

DraftKings, which is headquartered in Boston, is planning to open an office in New Hampshire. It will also operate as many as 10 retail sportsbook locations throughout the state.

Its move into New Hampshire comes a week after it announced the company was merging with two other firms and going public. DraftKings said it will complete its merger with gambling tech firm SBTech and acquisition company Diamond Eagle Acquisition sometime in the first half of 2020. 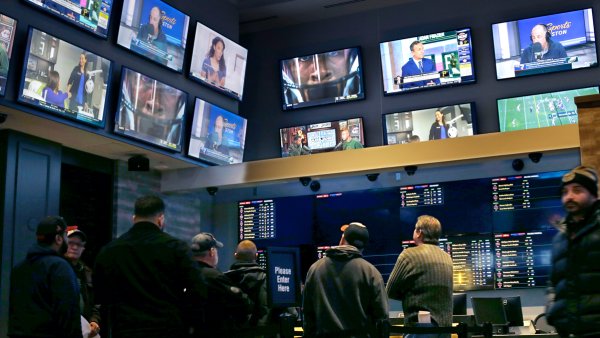 "As a New England-based company, DraftKings is honored to launch our American-made sportsbook product in New Hampshire for the start of the NFL playoffs," Matt Kalish, chief revenue officer and co-founder, DraftKings, said in a statement.

The U.S. Supreme Court in 2018 paved the way for states to allow sports betting. It is now underway in 14 states including Rhode Island and approved but not yet running in another six states.

Michigan became the latest state to allow it after Gov. Gretchen Whitmer signed legislation earlier this month to legalize sports betting and internet gambling. The laws take effect immediately, but wagering will not start for a number of months because commercial and tribal casinos need to obtain state licenses.

So far, the experience of Rhode Island has been mixed.

Rhode Island had expected to make $11.5 million from sports betting for the fiscal year that ended June 30. The total was closer to $3.5 million. The shortfall has been blamed on the all-too-predictable success of the Patriots, a later-than-planned launch of sports betting and long lines at the casino in the initial months that discouraged some bettors.

The target for this fiscal year was set higher, at $22.7 million, because the state will have wagering for the full year at the Twin River casinos and mobile gambling was added in September.

Rhode Island state Senate President Dominick Ruggerio, a Democrat, the biggest advocate for legalized sports betting in the Legislature, is unsure whether the state will hit its $22.7 million target for this fiscal year and worries about potential competition from nearby states.

But even if it falls short of projections, sports betting is bringing the state revenue it didn't have before, he added.