The next police chief for Vermont's capital city started on the job Monday, and it's thought his hiring represents a first for the state.

"I feel honored," said Brian Peete, who is believed by Montpelier city officials and by the Vermont Association of Chiefs of Police to be the first Black police chief in Vermont.

White people make up more than 94% of Vermont's population, according to U.S. Census data.

"It's a humbling thing and there's a lot of weight to it," Peete said of being a person of color hired into a leadership position in a Vermont police department.

City officials have said it's just a coincidence Peete is arriving as the nation grapples with issues of race and policing, with protests happening at home and around the country over racial injustices, systemic inequalities, and the way officers do their jobs.

According to retiring Chief Anthony Facos, Montpelier's police chief for 13 years, Peete brings valuable experience from his time in the military and in large and mid-sized departments.

"I think it's wonderful," Facos said of the hiring of Peete, who is a native of Chicago. "The energy that he is bringing, as well as his ideas, his commitment to transparency and accountability—this is just a perfect fit, I think."

Peete's start follows Saturday's painting of a massive Black Lives Matter slogan in the middle of the road in front of the Vermont State House, which the Montpelier City Council approved last week.

By the next morning, the message had been defaced with motor oil, mud, and concrete mix, according to community members who led the cleanup. Messages appearing to reference government spending were also spraypainted on the sidewalk, police noted. 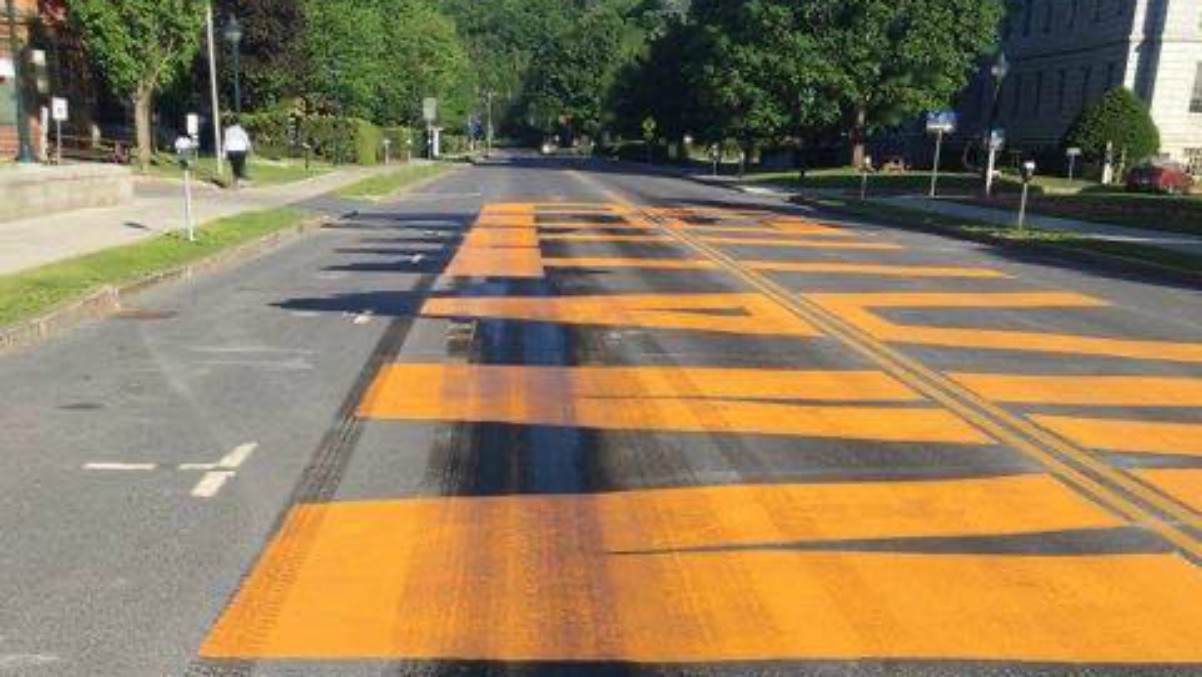 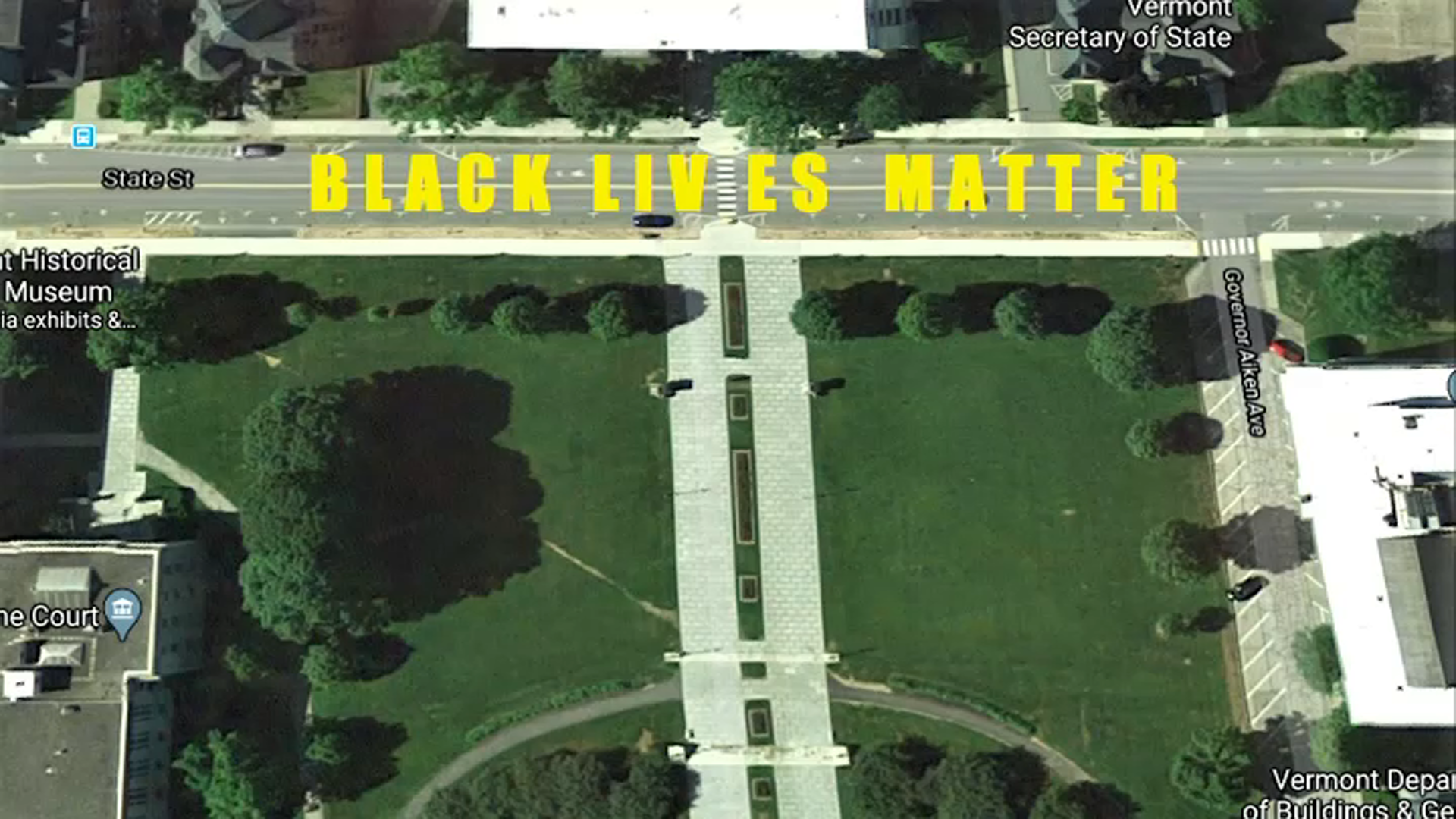 A Montpelier detective assigned to the case said Monday he is following up on several leads, hoping to get closer to finding the culprit.

A possible suspect captured by a surveillance camera in the area of the vandalization is described as a man around 50 years old, roughly 5'8" and 170 pounds, with scruffy facial hair.

The man might have also been in the area during the painting, police said Sunday.

Noel Riby-Williams, who worked to organize both the painting and a recent racial justice demonstration on the lawn of the Vermont State House, said the mess discovered Sunday morning proves attention on greater equity is needed.

"I think people need to do a lot of individual work before they can really dive into the systemic work," Riby-Williams told NECN and NBC10 Boston.

Riby-Williams said volunteers will repaint the large letters in Black Lives Matter to cover up the stains left from the motor oil.

Gov. Phil Scott, R-Vermont, addressed blowback he's received for his support of the Black Lives Matter movement. Scott said he received many negative comments on his social media pages after he voiced support for the creation of the painting on State Street, and after he decried its vandalization.

"Of course 'all lives matter,'" Scott said, acknowledging the critique most frequently posted by social media users on his pages. "But 'Black Lives Matter' right now, and we need to address it."

Incoming Chief Peete also addressed the vandalism in response to a question from NECN and NBC10 Boston.

"Let's all of us take this opportunity to figure out ways that we can immerse ourselves [in understanding others' experiences] for a more perfect union, so we can all serve each other and be kind to each other," Peete said.

Peete said he is looking forward to getting to work for the people of Montpelier and building on the PD's success addressing calls for people in crisis or with substance use disorders.

Peete said once COVID-19-focused rules around community gatherings are loosened further, he would like to hold town hall-style forums on the role of police in Montpelier.

The incoming chief said an issue he would like to tackle is initiating a process to add body-worn cameras to officers' uniforms, and working to develop a policy around their use.