Snow has been reported in Northern and parts of Central New England, and will continue to fall off and on through mid-afternoon, while a cold rain falls farther south.

The chilly weather comes as a feed of cold air bleeds into New England from Canada on a northeast wind, and moisture moves through from the west.

After the passage of today's disturbance, rain and snow showers will draw to a close after a coating to an inch of snow in Northern New England, with up to three inches in the high terrain, then clearing begins this evening and continues with temperatures mostly dipping below freezing overnight Tuesday night. 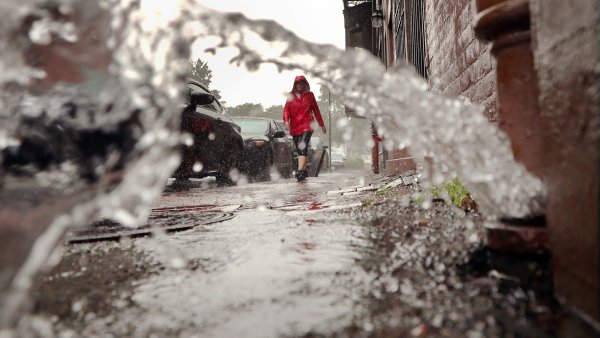 Wednesday and Thursday both are likely to be bright and dry - not because of warmth building in from the rest of the Eastern U.S., but rather because cool and dry Canadian air muscles into the Northeast so strongly that it delivers cool sunshine, with showers thrust farther south and west.

The big question becomes when the leading edge of that warmer air - clouds and showers - returns to New England, and right now, that looks to be after this weekend, for the start of next week. Once the "transition zone" arrives, it may stick around with lots of clouds and periodic showers for at least a few days.