Massachusetts State Police were urging drives to be cautious in the evening, with "Numerous crashes reported" on Interstate 90 in and around Framingham, according to a tweet from the agency. It continued: "Work crews are treating roadways. Please remember #DontCrowdThePlow."

Part of I-90 in Boston was flooded, causing lane closures near Commonwealth Avenue, state police said, urging anyone who can to stay away from the area as crews head there to pump the water clear.

In the morning, two separate crashes were reported in Methuen, one on Interstate 93 north, another on Route 213 east, just after Route 28. It was unclear if either crash resulted in injuries.

The causes of those crashes were not immediately reported, but snow, sleet and freezing rain fell in area.

Another crash was reported on an exit ramp from Interstate 495 to Route 2. It was unclear if there were any injuries. 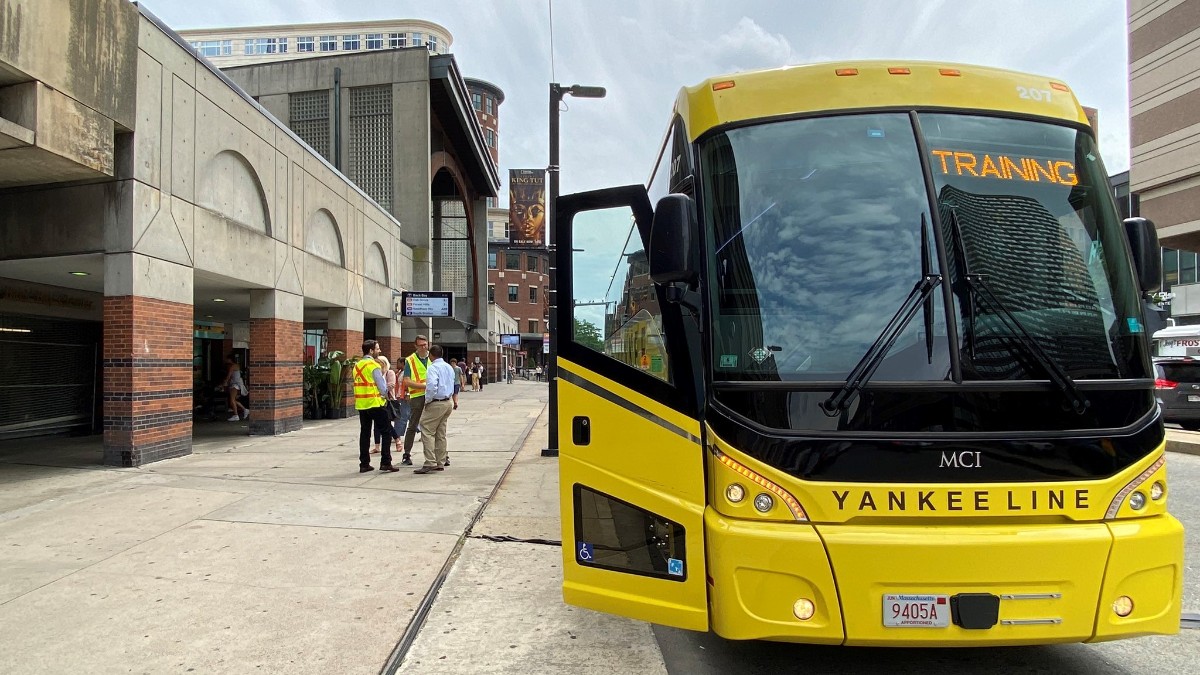 Worcester saw an ever-changing mix of rain, sleet and snow all day, leaving a slushy mess on the sidewalks and roads, but not quite enough for plows to make a difference.

“I’d take 18 inches of snow over this all day,” said plow driver Steven Taylor, “Just slush and crappy, wet, it’s probably all going to freeze and then we’re going to be out all night salting and sanding.”

Getting a grip on some of Worcester’s notorious hills proved difficult, too — one car tried twice to climb a hill by Holy Cross but slid back down and eventually gave up.

The disturbance delivered snow, rain, sleet and freezing rain to New England, causing dangerous conditions on the road. Drivers were cautioned to slow down while behind the wheel.

More than 1,100 customers were without power in Massachusetts as of about 8 p.m. Monday, most in the Berkshires.

It's a soggy start for drivers across New England as a widespread storm delivers snow, sleet, rain and freezing rain to the region.