Two Eversource are being treated at Massachusetts General Hospital; one for severe injuries caused by the equipment flash and the other for smoke inhalation

OSHA continues to investigate the cause of an underground transformer explosion steps from the state capitol Tuesday night that injured two utility workers.

The explosion occurred around 6 p.m. on Bowdoin Street while Eversource workers were performing routine maintenance in an underground electrical vault, fire officials said. Two workers were injured but able to get out of the vault under their own. Fire officials said the incident is under investigation by OSHA as an industrial accident.

Eversource said in an update Wednesday that both employees are being treated at Massachusetts General Hospital; one for severe injuries caused by the equipment flash and the other for smoke inhalation.

"The safety of our employees is always our priority," an Eversource spokesperson said in a statement, noting that their team is also investigating. "Our focus remains on supporting both of our employees and their families... We also want to thank the local first responders from Boston for their quick response and action at the scene last night."

Boston Fire Commissioner Paul Burke said there was a malfunction in the equipment they were working on that apparently caused the transformer to explode.

"Worksite safety cannot be a question in the City of Boston," Boston Mayor Michelle Wu said Wednesday. "This is unacceptable and we are going to get to the bottom of what happened here."

A regional spokesperson for OSHA also confirmed the federal agency is investigating what happened.

"OSHA opened an inspection into the Bowdoin St. incident yesterday," the spokesperson said. "The inspection is ongoing."

OSHA continues to investigate the cause of an underground transformer explosion steps from the state capitol Tuesday night that injured two utility workers.

"The inspection will seek to determine whether or not there were any violations of workplace safety standards in connection with it," the spokesperson went on to say.

Fire crews worked with Eversource to cut the power and put out a fire associated with the explosion Tuesday night. Crews continued to investigate what triggered the explosion Wednesday morning, while also checking for any hazardous materials and making repairs.

The Massachusetts Secretary of State’s Office wrote on Twitter Wednesday morning that the nearby McCormack Building was closed due to a power issue caused by the explosion. Employees were turned away from the building. Eversource said power was restored at 6 a.m., so it was not immediately clear why the building remained closed.

Witnesses described hearing a loud boom and seeing smoke and fire. One woman said she heard a worker scream. A man who lives nearby said he heard the explosion from his bedroom.

Another witness who lives across the street said that, after he heard the noise, he looked outside and saw a man's clothing falling off of him.

“Basically, there was just like an explosion that happened like two doors down and then, like, all this smoke started pouring down the street," witness Chris Coyle said. "We just heard like banging over and over. It was happening like every two minutes.”

The initial reports came through as a manhole explosion, prompting officials to ask the public to avoid the area over concerns there would be more. However, fire officials later said the explosion was caused by the transformer. They were investigating what happened.

Images from the scene showed a large fire rescue response blocking the road near Bowdoin and Cambridge streets.

The city has seen several issues with manholes in recent months. Earlier Tuesday, Boston firefighters briefly shut down Congress Street after smoke came billowing out of a manhole cover at the corner of Quaker Lane.

In June, a woman was injured when two manhole covers blew off on High Street as a result of an over-pressurization underground. And back in May, fire burst from two other manholes on Boylston Street, causing smaller explosions but no injuries. 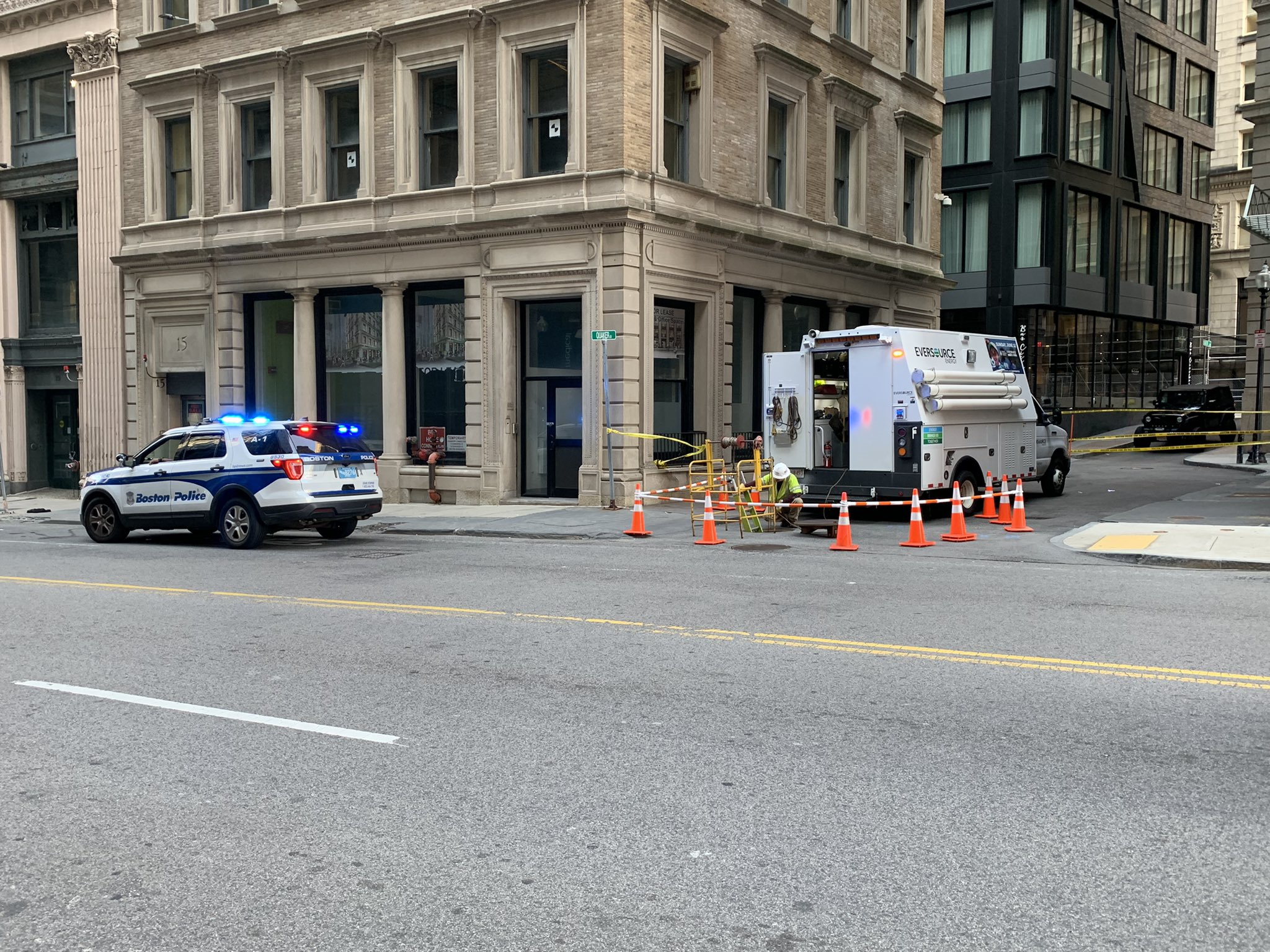 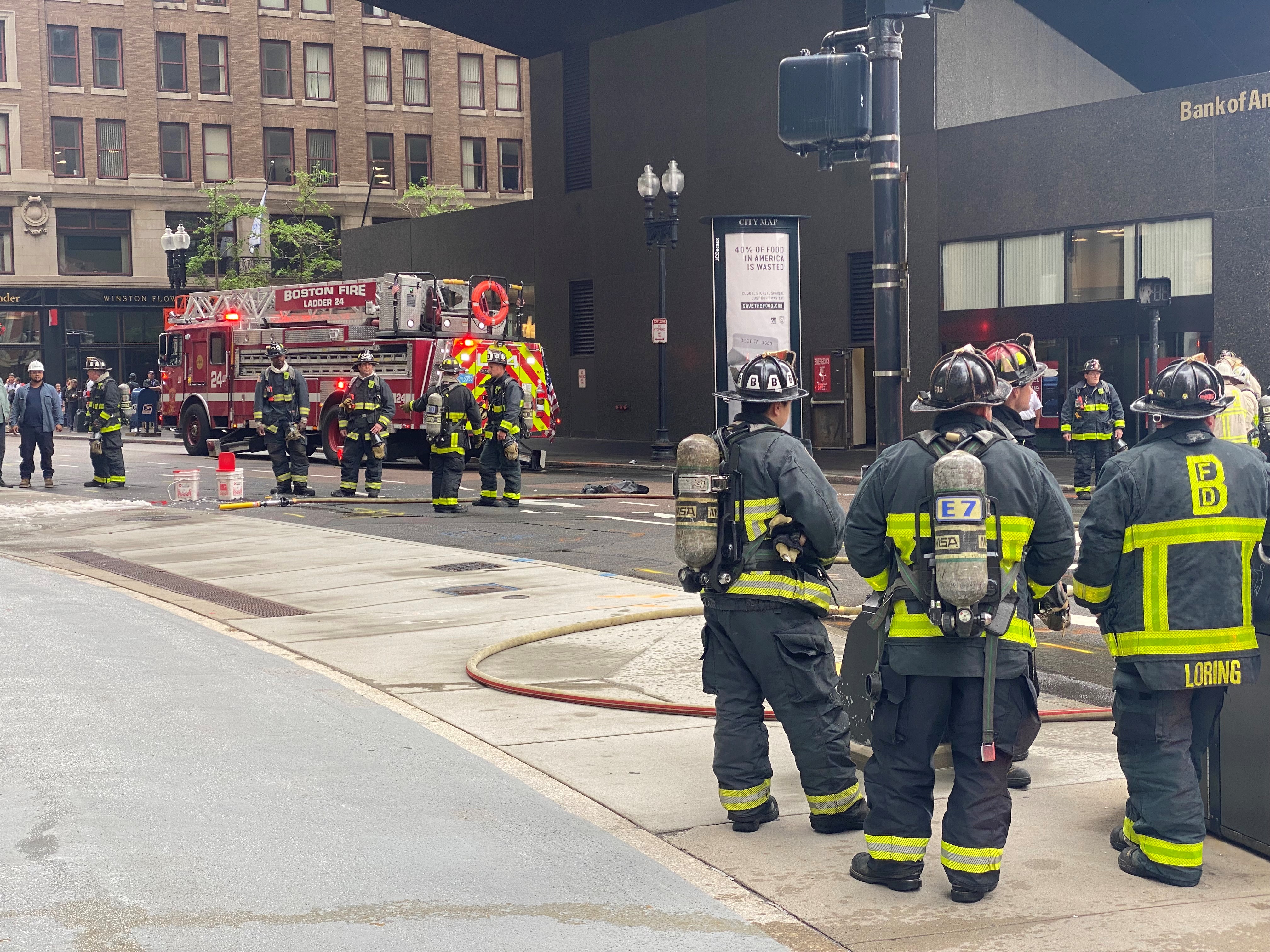