Police found the home in Hudson filling with black smoke at about 9:20 p.m. Thursday

A New Hampshire man has been charged with setting fire to his trailer home after police got a call from his mother saying he was out of control and may be damaging it.

Police found the home in Hudson filling with black smoke at about 9:20 p.m. Thursday. They banged on the door and 29-year-old Bryan Huntress answered. He was evacuated, as were residents in nearby trailer homes.

Police said his mother was found away from the trailer and was safe. 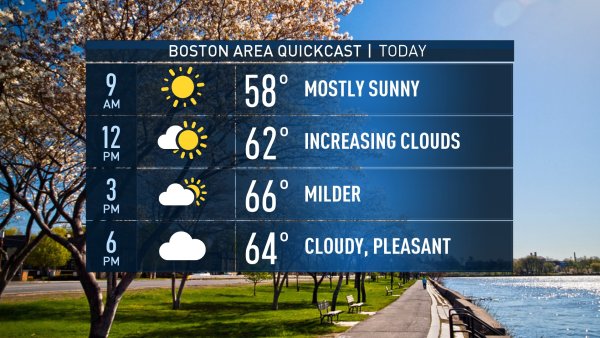 Sun's Out for Mother's Day

Firefighters put out the fire and Huntress was charged with arson with his bail set at $25,000. He was scheduled to be arraigned Friday, and it wasn't immediately known if he had a lawyer who could comment on his behalf.