Shooting in Brockton Leaves 2 Dead, Including Gunman, and Officer Wounded

The man who'd shot the officer barricaded himself inside a home, then shot himself, while another man was found dead in an SUV nearby, Plymouth County District Attorney Timothy Cruz said

A gunman and one other person are dead after a standoff with police that followed the shooting of an officer in Brockton, Massachusetts, authorities said Thursday night.

The officer was shot four times, including in his Kevlar vest, after responding to reports of a man with a gun on Taber Avenue around 5:45 p.m., Plymouth County District Attorney Timothy Cruz said.

A heavy police escort was on hand as the officer was taken to Boston Medical Center. The nature of his injuries was not immediately clear, but they are not believed to be life-threatening, Cruz said.

The man who'd shot the officer barricaded himself inside a home, and state and local police tried to negotiate with him. But Cruz said the man shot himself outside the home around 9:30 p.m. He was taken to a hospital, where he was pronounced dead.

Additionally, Cruz said another man was found dead from a gunshot wound in an SUV "in the vicinity" of the Taber Avenue home. He did not say how this was connected to the police shooting and the standoff, but noted that investigators do not believe the incident to be random.

A police officer injured in a shooting in Brockton was taken to Boston Medical Center.

Cruz added that he does not believe any of the police officers on the scene shot anyone. The names of the injured officer and both men who died were not being released Thursday, he said.

"My thoughts as mayor and as a life-long Brocktonian are for the brave individual who took four shots tonight," Mayor Robert Sullivan said. "We are very thankful and hope that he has a speedy recovery and our prayers are with him and his family at this time."

As the incident unfolded Thursday evening, a large number of police officers and other first responders flooded the area at two nearby scenes in Brockton.

A police officer was shot in Brockton, Massachusetts, and a person was barricaded inside a home.

Neighbors told NBC10 Boston they were left rattled by the shooting, reconsidering how safe the neighborhood is. 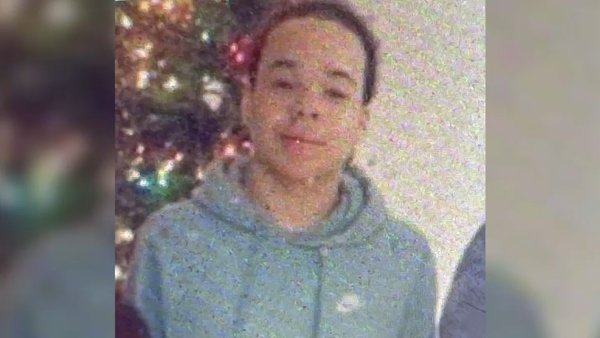