A drunk driver punched a New Hampshire State Police trooper in the face and fled after a sobriety test, the department says.

According to state police, trooper Michelle Montville stopped 22-year-old Christopher St. Onge on Main Street in Durham around 11:40 p.m. Friday. When the trooper told St. Onge she had probable cause to arrest him on DWI charges, police say he punched her.

After the two traded blows, police say St. Onge fled the scene. Police searched for the suspect Saturday morning, and he surrendered through his attorney just before 11 a.m. 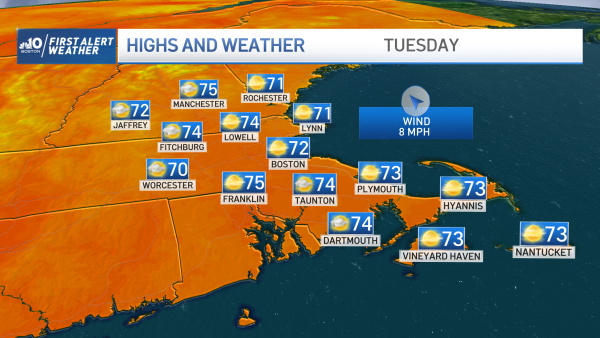 After Sunny Tuesday, Shower Threat Moves in For the Next Few Days

Here Are 65 Things You Probably Shouldn't Pay For

Montville was treated at the scene; police say she is doing well.

Information about St. Onge's attorney was not immediately available.