Zachary Richardson, 24, was shot and killed by police Sunday morning after he allegedly rammed his SUV into the Leicester police station repeatedly

Authorities gave an update Monday on the fatal shooting of a man who allegedly rammed his SUV into the police station in Leicester, Massachusetts, early Sunday morning.

The man has been identified as 24-year-old Zachary Richardson, according to Worcester County District Attorney Joseph Early Jr.

Nearly all of the SUV was inside the station when the man got out and pointed what appeared to be a rifle at officers, Early said.

An officer shot the suspect, then gave him medical attention before an ambulance arrived, according to authorities. The man was later pronounced dead at St. Vincent Hospital in Worcester.

"This appears to be an isolated incident and there is no danger to the public at this time," Leicester Police Chief Kenneth Antanavica said.

He added that the department's "thoughts and prayers go out to everybody involved in this incident."

Bullet holes were visible in the vehicle after the situation and the police station's entrance was boarded up Monday.

A police dispatcher in Worcester witnessed the entire incident around 6:13 a.m. on surveillance video and notified Leicester police, authorities said.

She "saw it as it happened in real time -- the video. That dispatcher was doing her job. She made the call immediately," Early said.

The motive for the incident remains unclear. The suspect was known to police and had a case pending, according to Early. The case was expected to go to trial next month.

Court records show that Richardson was arrested on charges of negligent operation of a vehicle, leaving the scene of property damage and a lane violation stemming from an incident on Oct. 24.

Police wrote at the time that Richardson, who seemed to have been drinking, had crashed his SUV in the yard of his home after seeming to cause damage to another property. When officers arrived, Richardson allegedly yelled obscenities at them.

The incident lead to road closures and confusion among residents Sunday.

"When we have commotion like this it's just accidents, you know, car accidents. Some of them really bad," resident Darlene Olson said. "But this is like -- wow. I'm shocked."

NBC10 Boston and NECN have not independently confirmed the police account of the event. 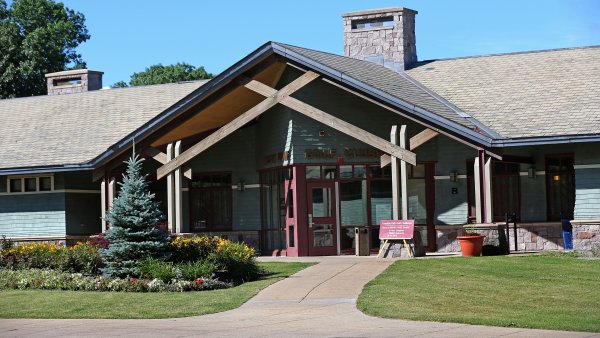 Man Charged in Manchester-by-the-Sea Stabbing; Police Looking for 2 Other Suspects