The 82-year-old man was allegedly chased down Storrow Drive from Fenway after having his windows broken, then was assaulted in Allston

The daughter of an 82-year-old Brookline man who was viciously beaten and attacked by a pack of dirt bike and ATV riders last week in Boston says her dad is “lucky he's alive” after the attack.

The elderly man is still recovering from his injuries at a Boston hospital.

His daughter, who didn’t want to be identified out of fear for the family’s safety, shared photos of her dad’s injuries. He has bruises and a cut to his head. He’s still having trouble breathing.

“He described it as a nightmare," she said. "He said it was something you would see out of a movie, there was someone smashing his windows and beating him at the same time."

An elderly driver was attacked by a group of ATV and dirt bike riders in Boston.

Massachusetts State Police are now asking anyone who witnessed this brutal assault to come forward.

It happened around 7:30 p.m. on Oct. 18, as the man was in his 1996 Buick Century attempting to pick up a Thanksgiving turkey in the Fenway neighborhood. Between 30 and 40 dirt bikes and ATVs approached his vehicle, forcing it onto the curb.

“He said at first they were just harassing, causing him to veer off the side of the road, where he ended up getting a flat tire,” his daughter said.

State police said the man was then chased down Storrow Drive.

Massachusetts State Police are asking for help in their search for the people who attacked and seriously injured an 82-year-old driver over nearly three miles in Boston last week.

“He was originally trying to drive to a police station... he couldn’t get in that direction, his daughter said.

When that failed, she said her father pulled off the road to a gas station in Allston.

When he opened his window to ask people in another car to call 911, that’s when police said a man started to punch him. They said other riders kicked the car, threw a pipe through the back window, and a rock through another window.

“He’s still beat up and swollen, he’s still in a lot of pain, but he’s getting stronger and getting better every day,” his daughter said. “That's the hardest thing for us to wrap our heads around that there’s people out there that are violent, angry, careless.”

The 82-year-old man had a heart valve replaced recently, and his daughter says he put his arm up to protect his heart.

The family doesn’t know know why their dad was attacked, or what the group’s intentions were.

Massachusetts State Police are asking anyone who may have witnessed the attack, or who has cell phone video, to call (617) 727-8817. 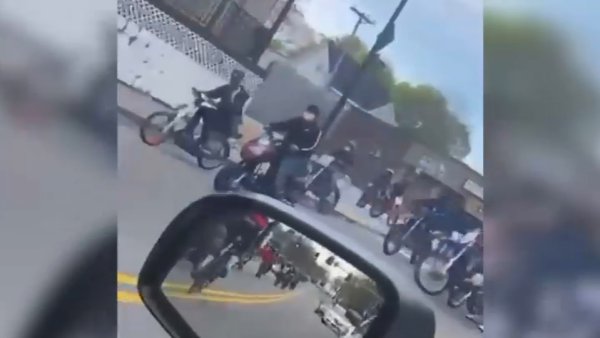 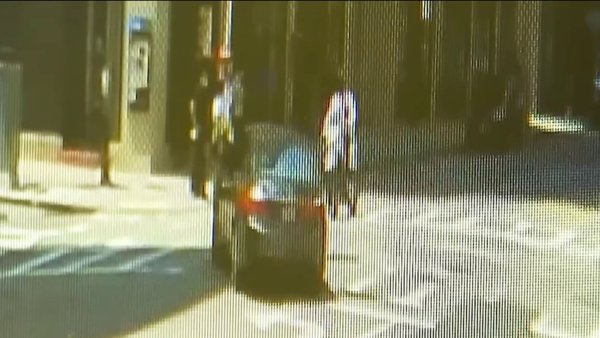