Maine State Police are seeking the public's help in locating a suspect wanted in connection with the murder of a 25-year-old woman in Lewiston over the weekend.

Lewiston police responded to an apartment building on Pierce Street shortly after 11 p.m. Sunday after receiving a 911 call reporting a dead woman in the hallway. Responding officers found the woman's body and called in the state police Major Crimes Unit.

On Monday, the woman's body was taken to the chief medical examiner's office in Augusta, who conducted an autopsy and ruled the death a homicide. Police did not say how she died.

The victim has been identified as 25-year-old Lacresha Howard of Lewiston.

State police were in Lewiston all day Monday interviewing witnesses and processing the scene. On Tuesday, investigators obtained an arrest warrant for Eddie Massie, 40, of Lewiston, charging him with murder. They said he is considered "armed and dangerous" and should not be approached by the public.

He is described as being about 6'4" tall, weighing 170 pounds, and he walks with a limp. He goes by two different street names, police said -- Fast Eddie and TT.

A dedicated tip line has been set up at the Lewiston Police Department to take calls from the public with information on Massie's whereabouts. The number to call is 207-513-3001, ext. 3324. 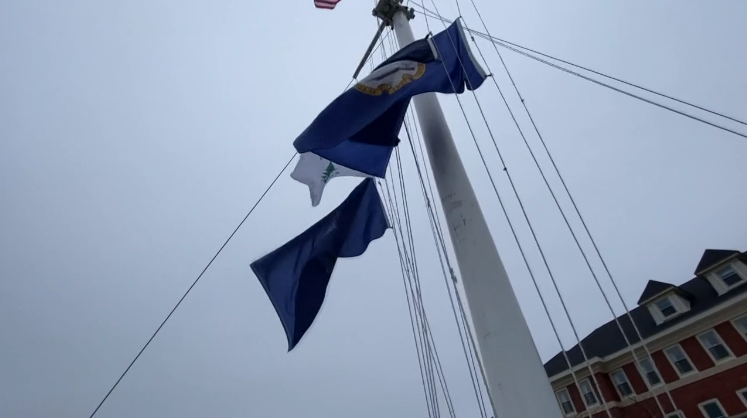