Pompeo Says US Ready to Talk to Iran With ‘No Preconditions'

Pompeo is on the second leg of a four-nation European tour meant to reassure foreign leaders about U.S.-Iran tensions

U.S. Secretary of State Mike Pompeo said Sunday that the Trump administration is ready for unconditional discussions with Iran in an effort to ease rising tensions that have sparked fears of conflict. But the United States will not relent in trying to pressure the Islamic Republic to change its behavior in the Middle East, America's top diplomat said.

Pompeo repeated long-standing U.S. accusations that Iran is bent on destabilizing the region, but he also held out the possibility of talks as President Donald Trump has suggested. Trump himself had raised the idea of talks "without preconditions" in July 2018, although that was well before tensions had reached their current point.

In the 11 months since then, the U.S. has imposed crippling sanctions on Iran, first in November and then again last month, targeting the most lucrative sectors of its economy. The action has drawn Iran's ire and strong words of threatened retaliation. 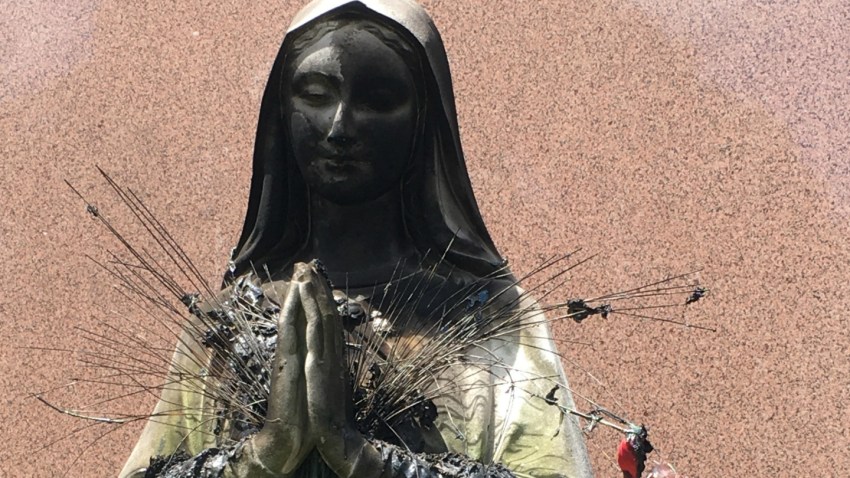 Iran's president, Hassan Rouhani, said the U.S. must return to the historic 2015 nuclear deal, which Trump withdrew from in May 2018. He was quoted by Iran's state-run IRNA news agency as saying that if the U.S. "realizes that the way it chose was incorrect, then we can sit at the negotiating table and solve any problem." Otherwise, he said, Iran has no choice but resistance.

While the latest offer may not pan out, Pompeo made it during a visit to Switzerland, the country that long has represented American interests in Iran, as part of a European trip aimed at assuring wary leaders that the U.S. is not eager for war .

"We're prepared to engage in a conversation with no preconditions," Pompeo told reporters at a news conference with his Swiss counterpart. "We're ready to sit down with them, but the American effort to fundamentally reverse the malign activity of this Islamic Republic, this revolutionary force, is going to continue."

"It's not very likely because talking is the continuation of the process of pressure. He is imposing pressure. This may work in a real estate market. It does not work in dealing with Iran," Javad Zarif told ABC's "This Week."

Separate from Pompeo's remarks about Iran, The Washington Post reported Sunday that the American secretary of state recently told a private gathering of Jewish leaders in New York that the administration's long-awaited Mideast peace plan might be argued to be "unexecutable" and might not "gain traction." Citing an audio recording of the remarks delivered Tuesday, the Post reported that Pompeo expressed his hope that the peace deal isn't simply dismissed out of hand.

The plan that Trump has called "the deal of the century" has been delayed several times, as Pompeo noted to the Conference of Presidents of Major American Jewish Organizations. Downplaying expectations for finding the key to an agreement ending the conflict, he told the group there are "no guarantees that we're the ones that unlock it."

In Switzerland, Pompeo's meeting with Foreign Minister Ignazio Cassis in the southern Swiss town of Bellinzona came amid concerns about the potential for escalation and miscalculation with Iran — a situation that has many in Europe and the Middle East on edge.

Cassis, whose country has been an intermediary between the two before, made no secret of that nervousness.

Cassis said Switzerland would be pleased to serve as an intermediary, but not a "mediator," between the United States and Iran. To do so, however, would require requests from both sides, he said.

Neither he nor Pompeo would say if such requests had been made of the Swiss.

Pompeo thanked Switzerland, which serves as the "protecting power" for the United States in Iran, for looking after Americans detained there. Trump administration officials have suggested they would look positively at any move to release at least five American citizens and at least two permanent U.S. residents currently imprisoned in Iran.

Pompeo declined to comment on whether he had made a specific request to the Swiss about the detainees. But, he said the release of unjustly jailed Americans in Iran and elsewhere is a U.S. priority.

Pompeo was in Switzerland on the second leg after Germany of a four-nation tour of Europe in which he is both trying to calm nerves and stressing that the U.S. will defend itself and not relent in raising pressure on Iran with economic sanctions.

Despite the firm stance, Trump has signaled a willingness to talk with Iran's leadership. Iranian officials have hinted at the possibility but also insisted they will not be bulled.

"If they want to talk, I'm available," Trump said last week, even as Pompeo and the White House national security adviser, John Bolton, were stepping up warnings that any attack on American interests by Iran or its proxies would draw a rapid and significant U.S. response.

The U.S. is sending hundreds of additional troops to the region after blaming Iran and Iranian proxies for recent sabotage to tankers in the Persian Gulf and drone attacks on Saudi Arabia's oil infrastructure.

Some analysts believe Iran is acting to restore leverage it has lost since Trump withdrew from the nuclear deal and the U.S. reimposed sanctions that have hobbled Iran's economy.

Last month, the administration ended sanctions waivers that had allowed certain countries to continue to import Iranian oil, the country's main source of revenue, without U.S. penalties. The U.S. also designated Iran's Revolutionary Guards a "foreign terrorist organization," adding new layers of sanctions to foreigners that might do business with it or its affiliates.

Despite the U.S. withdrawal, Iran has remained a party to the nuclear deal that involves the five permanent members of the U.N. Security Council, Germany and the European Union. Iran has continued to broadly comply with the terms, which called for it to curb its nuclear work in exchange for sanctions relief. On Friday, however, the United Nations' nuclear watchdog reported that Iran may be in violation of limits on the number of advanced centrifuges it can use.

Pompeo declined to comment on the findings of the International Atomic Energy Agency other than to say the U.S. is "watching closely" what is going on in Iran.

"The world should be mindful of how we are watching closely how Iran is complying with the requirements that were set out," he said.