“We’re making sure our crews are ready to go, our equipment is ready to go, so we can respond to any potential outages that come."

It was a misty and foggy Monday night in Plymouth, Massachusetts, with an October Nor’easter on the way. Power crews from all over the east coast were lined up at a hotel in town.

A National Grid spokesperson says they’ve been monitoring the storm for the past few days and have been preparing accordingly.

Eversource says they also have hundreds of crews ready to go, and are strategically posting the crews around the state, particularly the eastern portion where the highest wind gusts will be.

“We’re making sure our crews are ready to go, our equipment is ready to go, so we can respond to any potential outages that come,” Eversource spokesperson Chris McKinnon said.

Bruce Bullock was at Plymouth Harbor and is not taking any chances. He was one of about 30 boat owners there who took his boat out of the water Monday.

“My son doesn’t want to have to come down and bail it out tomorrow sometime so getting it out,” he said.

Plymouth Harbormaster Chad Hunter says they had a busy day securing floats, checking pennant lines, and hauling in some of their own boats.

Mike Dauber is the captain of a large research vessel that is now tucked away securely in the harbor.

“They are talking about 65 mile per hour gusts which are substantial for any boat," Dauber said. “We put it in a better position in the pier. We put on what you call storm lines, extra lines.” 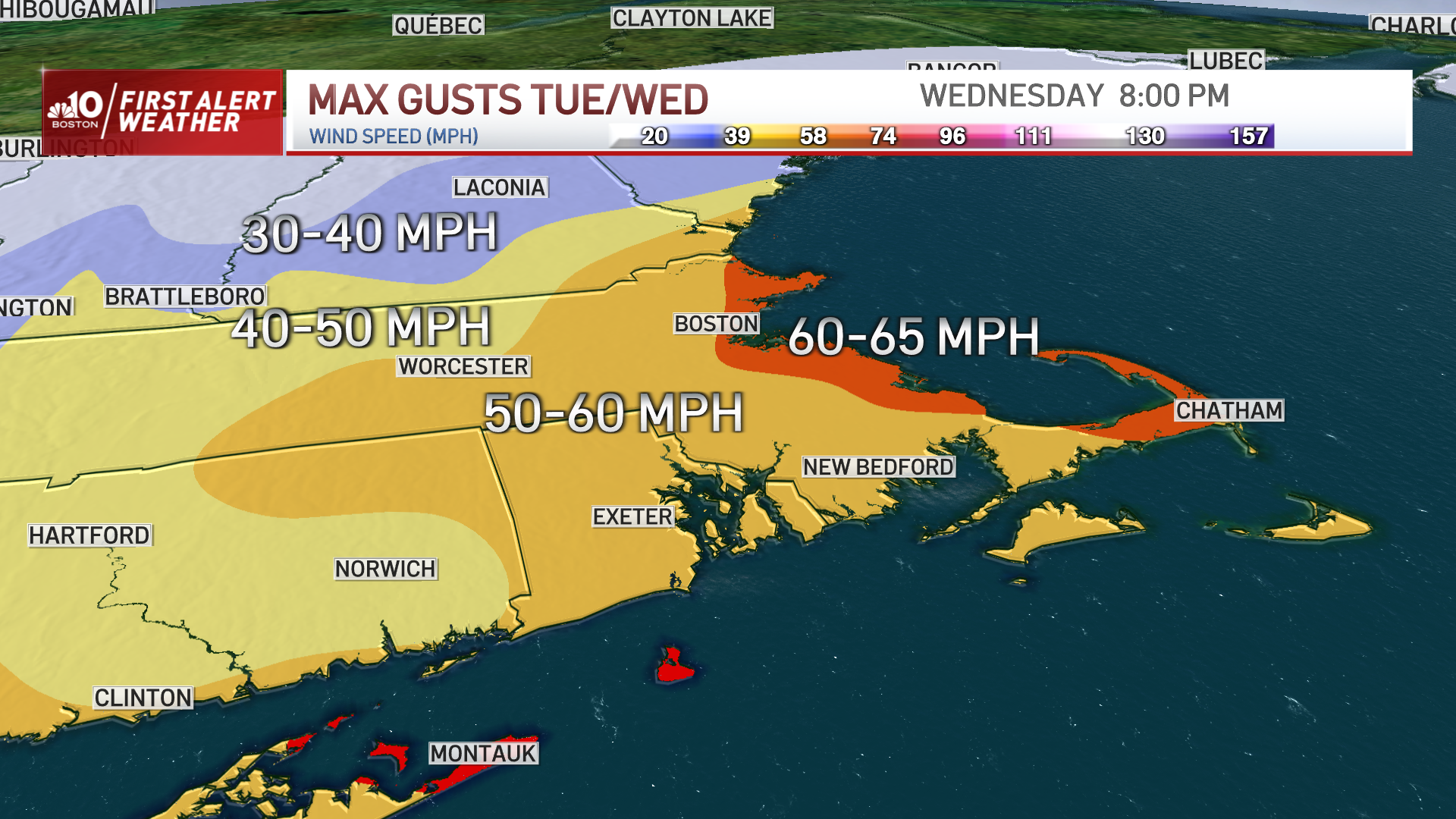 Breaking Down the First Nor'easter of the Season, Piece by Piece 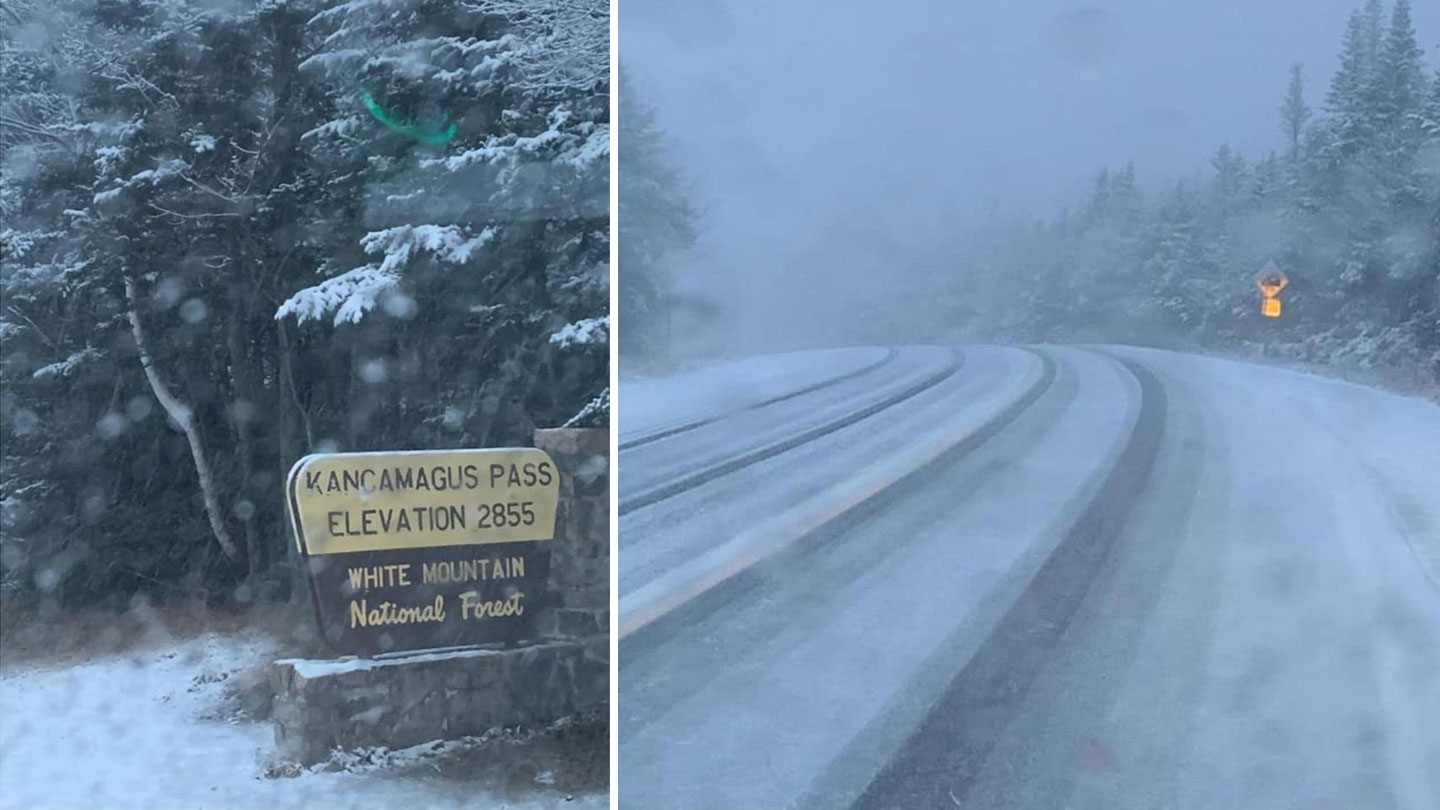 Got Your Winter Clothes Out? Snow Has Arrived in New England