The forecast of the storm's track was updated at 5 a.m. Thursday by the National Hurricane Center, bringing the passage somewhere over southeastern Massachusetts as a 50 mph tropical storm during midday Friday.

It’s rare -- only every few years -- that New England is in a tropical storm watch or warning. It’s even more rare one makes landfall in New England.

Especially on the Cape and the Islands, officials are warning residents to be ready for ferry disruptions, localized flooding and even some power outages.

The last tropical storm warning in the region was tropical storm Isaias last August. The last New England tropical storm strike -- to have the center come overhead, which is forecast with Elsa -- happened with Hannah in 2008.

Our weather team has issued a First Alert for the entirety of the area because of strong wind and heavy rain. They're expecting one to three inches and even higher amounts locally. The team is projecting a gusty wind, especially in southeastern Massachusetts tomorrow, as well as large waves that will build 10 to 20 feet over the course of the day.

When you get to the coastline, you've got the wind and the tropical storm warning, which has been expanded through the Boston metro area all the way up to Merrimack River in northern Massachusetts and the Interstate 95 corridor from Boston to Providence, Rhode Island.

Click here for the latest forecast on tropical storm Elsa from our First Alert Weather team.

Hy-Line Cruises announced Thursday night that all its ferries from Martha's Vineyard and Hyannis, and all its Inter-Island ferries between Nantucket and Martha's Vineyard have been cancelled for Friday due to Tropical Storm Elsa.

"We were trying to fly out today, our flight was at 12, it got cancelled till tomorrow so we ended up getting on the ferry and so now we're renting a car and driving back to New York," said a woman visiting Nantucket from New York. "They said it was twice as crowded as other days."

In Falmouth, Fire Chief Timothy Smith said officials are asking everybody to stay put during the storm.

The town is filled with tourists continuing the Fourth of July weekend, including the Fredricksons who are in from Vermont.

"Our time share runs out on Friday. We're going to load up tomorrow morning early and head back to Bennington," Mr. Fredrickson said.

"We just have to be careful," his wife added.

The fire chief is also in charge of the town's emergency preparedness and says the top concerns are mainly driven by wind impacts "because of the trees being fully leafed, that we might have some tree damage."

The fire chief says a concern is that tourists will want to go out and see the damage since there is nothing else to do. But Smith says just stay where you are and let crews work.

Earlier Thursday, anyone with plans to head down to the Cape and Islands Friday was advised to stay tuned as the height of the waves can have a big impact on ferry services.

The Massachusetts Steamship Authority, which also provides ferries to Martha's Vineyard and Nantucket, urged people to check the schedule to make sure the ferries are, in fact, running and if they're running on time.

With tropical storm warnings in place along the Cape, the Steamship Authority told customers to at least expect delays Friday with high winds, choppy surf and rain in the forecast.

The ferry service posted a travel advisory to its website saying service is likely to be affected on the Nantucket route Friday morning through at least mid-afternoon. Service on the Vineyard route may also be affected during this time, and trips to and from the Oak Bluffs terminal will likely be diverted to Vineyard Haven.

NBC10 Boston Meteorologist Matt Noyes says the expected ferry delays and cancellations are indicative of the impact he expects on the marine community, with seas building 10-20 feet Friday.

Noyes says no significant storm surge is expected but the midday tide may result in some high water at south-facing coasts.

Any Steamship Authority customers who are booked for vehicle travel on trips that are canceled due to weather will travel on standby at the next available opportunity.

Customers who would prefer to rebook their travel can do so online or by calling the reservation office at 508-477-8600. The Steamship Authority is waiving cancelation and change fees due to the storm.

At Woods Hole Market and Provisions, workers are concerned the storm means customers will stay away.

"We only have so many weeks and day to make money here on Cape Cod, so every day is valuable," Branch Parrish said at the market.

The Cape can expect to deal with some localized flooding and power outages that often happen in the region.

Eversource is closely monitoring the forecast and has additional crews on standby, according to officials, in case the power goes out. Some two hundred crews from Canada made it to Hyannis on Thursday after a brief delay at the border and they'll join local crews in tackling any issues.

Crews will fan out across the Cape, ready to respond, as soon as Elsa passes.

"We have been monitoring the storm for well over a week now, when it was down in Florida," Eversource employee Michael McGuire said. "Living on Cape Cod with all the people down here, just the traffic, logistics, and the layouts, when the storm hits we want to be able to respond fast, and having these people already staged here ahead of the storm, that is how we prepare."

"I am shocked, I heard it was coming, but I didn't realize it was this bad," Tony Paratore said. "We don't want to be a day without power, or a minute without power and these guys will help us out."

Massachusetts communities like Gloucester are preparing as Tropical Storm Elsa makes its way to New England.

On the North Shore, the harbormaster in Gloucester said they've been keeping an eye on the storm these last couple of days, working with the Coast Guard and Emergency Management.

"We'll see how it all shakes out," Thomas Ciarametaro said. "It looks like we're not going to get impacted as much as originally anticipated. But obviously we're taking an abundance of precaution."

Ciarametaro says all the marinas and moorings are typically full this time of the year with transient boaters from all over. They're not making sure everyone is safe and secure.

"There will be a small craft advisory if not a Gail force warning in effect, people should take that under advisement," he said. "Stay off the water unless absolutely necessary, makes first responders lives a lot easier.

Ivy Mahan lives on the water in Beverly and says they are concerned.

"We are concerned and we do watch this kind of weather because we have to take it seriously. We've had water go over our dock, onto our lawn and close to our property," Mahan said.

In Swampscott, the public works director said wind damage is his biggest concern.

"We have over, well close to 3,000 shade trees in the town of Swampscott," Gino Cresta Jr. said. "We do a pretty good job maintaining them but with winds 40-50 mph, we have some concerns... power outages."

Cresta Jr. says they will have crews on standby overnight in case they're needed during the storm.

Eversource is recommending that people assemble or restock a storm kit with essential items, including pet food and medications, and make sure that all wireless communications devices are fully charged.

“We are watching the weather forecasts, holding planning meetings, and preparing accordingly – positioning equipment and crews so we’re ready to respond and quickly restore power for our customers,” Eversource Vice President of Electric Operations Doug Foley said in a statement. “Our people are ready and will work around the clock, if needed, to restore power as quickly and safely as possible.”

The Massachusetts Emergency Management Agency recommends that emergency kits include a variety of emergency supplies to help sustain you and your family for up to three days.

What to Pack in an Emergency Kit 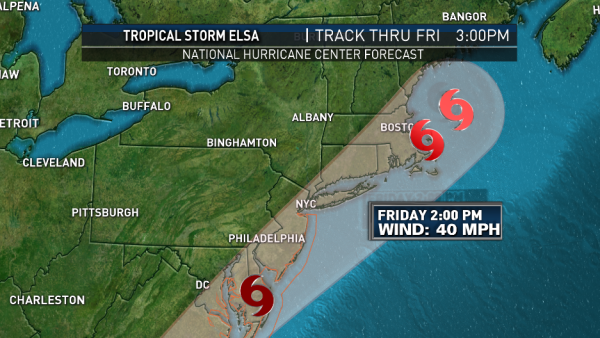 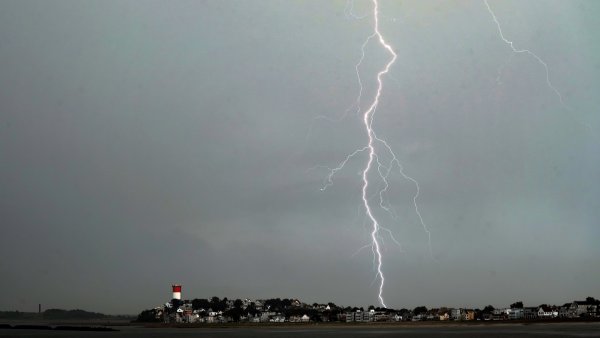