With winds whipping and heavy, wet spring snow continuing to fall throughout parts of New England, several trees are becoming stressed to the point where they break.

And that has had deadly consequences over the past few months -- with a 6-year-old girl and 48-year-old man killed by falling tree limbs in Canton, Massachusetts, in February, a New Hampshire firefighter killed when wind knocked a tree onto his pickup truck last week, and a Whitman couple killed when a tree fell on their car in Abington, Massachusetts, this weekend.

"Obviously you get the weight of the snow on the trees and then any kind of wind might have an effect on that," said Rob Kenn, operations manager of the DPW in East Bridgewater.

He says there are some signs homeowners can look for to tell if their tree may be damaged or diseased.

Kenn said. "If there's obviously rot at the bottom or like you said hollow spots where there might be animals coming in, or there's excessive insects around it, mold on the tree, mushrooms on the tree, those are good signs that there's something going on interior."

For some trees there may be a question of who owns it - the homeowner or the town?
Kenn says don't hesitate to call to have your town tree warden or highway department come out and take a look.

Kenn said, "Essentially the town owns a portion of the land outside the paved surface, generally as a rule of thumb we use about eight feet to ten feet sometimes depending on the road." 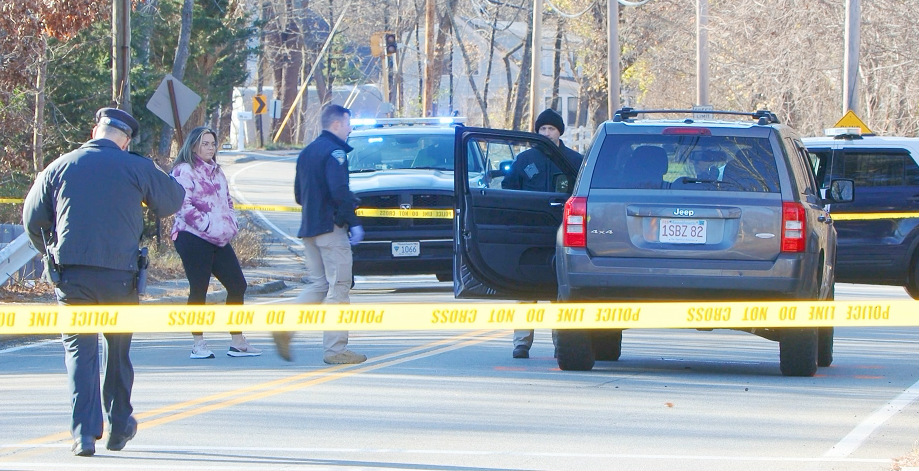 Man Dead After Being Hit by Car in Foxborough

But Kenn cautions there is no foolproof way to determine which trees will definitely come down and which ones won't.

"Healthy trees come down sometimes just as easily as rotted trees," said Kenn, "so it's very hard to predict that type of thing."

Kenn says taking a closer look at your trees every so often can sometimes alert you to red flags of cracking branches or areas of rot.
He says residents can be the eyes and ears to help the town identify potential problems before they get worse.