The tests are only offered to travelers arriving into the state, not those leaving

People flying into T.F. Green Airport in Warwick, Rhode Island, Thanksgiving weekend will have the opportunity to get a COVID-19 test shortly after landing, NBC affiliate WJAR reports.

The voluntary, rapid tests were offered to anyone arriving at the airport in a roped area near the baggage claim.

The free coronavirus tests will be performed by The National Guard at the airport Saturday through Monday. Travelers will receive their test results within 15 minutes, according to WJAR. 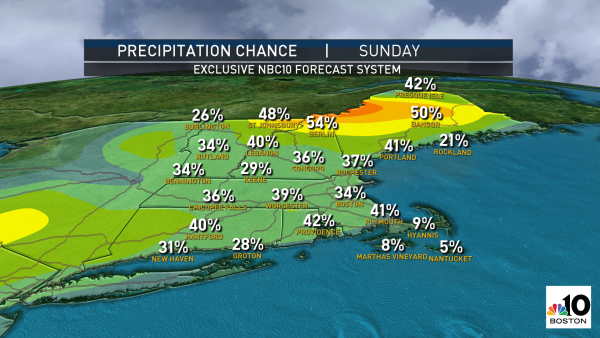 Despite Shower Chances, Mild Spring Weather on Tap for Weekend

The effort is being led by the state’s Department of Health and the Rhode Island National Guard.

The tests are only for people arriving in Rhode Island as part of Thanksgiving weekend travel. Those leaving Rhode Island are not eligible for testing.

Also, Gov. Gina Raimondo has implemented a two-week “pause” of the state’s reopening plans, beginning Monday, to curb a rise in cases. The halt will require businesses including theaters and indoor sports facilities to close, and it reduces capacity at restaurants and houses of worship. The state has set aside $100 million to help affected businesses and employees.

Rhode Island did not release any new virus data Sunday. The seven-day rolling average of daily new confirmed cases in Rhode Island has risen over the past two weeks from 735 on Nov. 13 to 850 on Nov. 27, according to the latest available data from The COVID Tracking Project.