Raimondo Bids Farewell in Final State of the State Speech

Rhode Island Gov. Gina Raimondo bid farewell to her state Wednesday, using what's expected to be her final State of the State address to praise its citizens' resilience and sacrifice during the pandemic as she awaits confirmation as U.S. Secretary of Commerce.

Speaking from a largely empty legislative chamber, Raimondo also highlighted her successes since winning the governor's office in 2014 and vowed a seamless transition to her successor, Lt. Gov. Dan McKee, when it comes to fighting the virus.

"Many years from now, we're going to look back at 2020 and we're going to look back at everything we overcame together," said the Democrat, whose speech was broadcast on television and online. "What I hope we remember about this year isn't so much the struggle and the sacrifice and the hardship. I hope what we remember is our strength, and our determination and our fortitude."

New cases of COVID-19 are down in recent weeks, as are deaths and hospitalizations, Raimondo noted, even as the number of vaccinated Rhode Islanders is climbing. She expressed sympathy for the nearly 2,200 families in the state that have lost someone to the virus, and said the dome of the Statehouse had been lit Wednesday in their memory.

"I want you to know there will be no disruption to our state's COVID-19 response, and Lt. Governor McKee has assured me and has committed to maintaining the entire statewide response team," she said.

McKee on Wednesday announced the creation of a new panel to guide his incoming administration's response to COVID. In a statement he said his transition would be "laser focused on the COVID-19 response and vaccine rollout."

Much of Raimondo's speech highlighted Raimondo's successes since she first took over the reins to a state still reeling from the Great Recession. Her list included lower unemployment, a state record for total jobs, more than $1 billion in new investment; road construction and repairs; expanded early childhood education and workforce training; and free community college for high school graduates.

Each of those will help the state "build back better" following the pandemic, she said, even if she may be observing from Washington D.C.

The precise timing of the state's change in power remains unknown. McKee is set to serve out the remaining two years of Raimondo's term once she steps down, a move expected to quickly follow her confirmation vote in the U.S. Senate.

The U.S. Senate Committee on Commerce, Science and Transportation voted Wednesday to send Raimondo's nomination to the full Senate, but that vote may have to wait on former President Donald Trump's impeachment trial beginning next week.

It will be up to McKee, a Democrat, to nominate the next lieutenant governor, who must be approved by the state Senate.

Before she was elected as the state's first female governor, Raimondo, 49, made national news as the state's treasurer when she took on the state's growing pension liability. A Rhode Scholar and graduate of Yale Law School, Raimondo led a venture capital firm before entering politics.

She ended her final State of the State address with a message to the state's young women and girls.

"Know this: You are smart. You are capable. You are strong," Raimondo said. "You can be whatever you want to be. And the world needs yours voice and your talent, and it'll be a better place if you say yes."

Raimondo to End Early Closing Times for Some RI Businesses 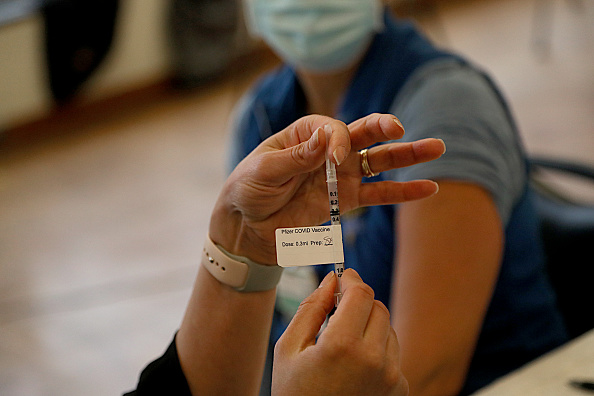