Search Continues for Maine Bank Robber on the Run in Mass.

Massachusetts State Police said the person is suspected in an armed robbery Monday morning in York, Maine, where he'd said he had a bomb

Officials are still searching for a suspected armed bank robber who lead police in Massachusetts on a chase Monday, then crashed his car and fled on foot in Salisbury, prompting a multi-state criminal investigation.

Police said the driver, identified as 34-year-old Brandon Simmons, last known to have lived in Seabrook, New Hampshire, is suspected in an armed robbery Monday morning in York, Maine. He is also accused in a separate bank robbery that occurred Saturday in Newburyport.

Salisbury police have released new surveillance video of a bank robbery suspect who led police on a chase Monday night.

People near Route 1 and Pleasant Street were being asked to use caution as officers in the air and on foot, as well as police dogs, searched for the person, Massachusetts State Police said.

"Residents of that area are asked to use caution and call 911 if you see anyone suspicious," they said in a tweet. 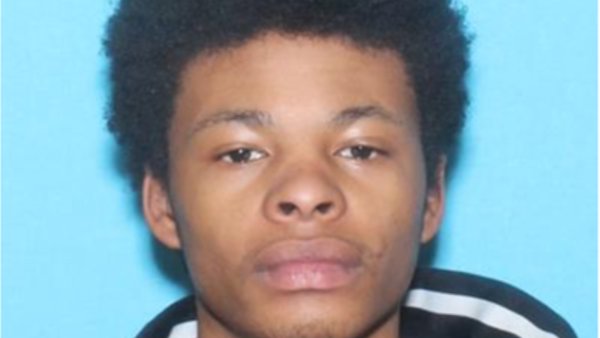 A police officer in Salisbury pulled Simmons over shortly before 5 p.m. after noticing the van matched the description of the one used in the York robbery.

Police accuse Simmons of hitting the officer in the face and speeding off after a brief struggle.

A man accused of robbing a bank in Maine led police on a chase before crashing in Salisbury, Massachusetts.

Multiple police agencies were involved in the chase, but it was called off after authorities say the pursuit had become too dangerous. Afterward, the van crashed into another vehicle at the intersection of Elm Street and Gardner Street, police in Salisbury said.

The driver of the other vehicle was hospitalized with non-life-threatening injuries.

"There were police flying up and down the road, then all of a sudden, I heard a big 'bang,'" said Jeremiah Mancuso. "My family saw it and I ran out because I'm a nurse and wanted to make sure people were OK, and he was already gone."

Authorities would spend the next four hours searching for Simmons. Massachusetts State Police said Monday night that while the investigation into the suspect's whereabouts was ongoing, the active search for him was concluding.

"It concerned my mom," said Jacke Webster, who lives near the intersection where the crash happened. "Got all the doors locked and we're on high alert, so let's see what happens. I hope they catch him."

Simmons allegedly claimed to have a bomb during the bank robbery in York, police said, prompting a bomb squad to search the crashed vehicle in Salisbury.

That vehicle was cleared, police said, and no explosives were found in a motel room that was also searched.

Pleasant Street is near the center of the North Shore tourist town that borders New Hampshire.

Massachusetts State Police didn't offer more information on the robbery in York, but police there said that Bangor Savings Bank on Route 1 was robbed about 10:20 a.m.

The man had taken off with money, and witnesses saw him get into a white van with New Hampshire plates, York police said.

Police described the man as being about 6 feet tall and thin, wearing jeans, a dark hoodie, a ski hat and dark mask and gloves. He also had a jacket that may have had a camouflage pattern, Massachusetts State Police added.