Shark Tagging Expedition to Launch This Week Off Cape Cod

A team of scientists learned a lot about a shark's life in the wild, including where they’re born, where they travel to and where they feed

An expedition to tag and research sharks off Cape Cod and the Islands will launch this week.

A crew of scientists and fishermen working with Ocearch, a nonprofit, have been traveling to the Cape since 2012, when they tagged the shark Mary Lee and tracked her for five years up an down the East Coast.

Founder Chris Fischer said the team has learned a lot about a shark's life in the wild, including where they’re born, where they travel to and where they feed.

"Once you're two or three feet into the ocean, you are deep into the wild," Fischer said.

But there is still more to discover about sharks.

"There's a few missing pieces of the puzzle. One of which is where and when are they mating," Fischer said. "Sometimes you can know whats going on, but you have to have enough data to prove it. So now were building up that data set to see if it confirms what we believe we already know so its publishable."

Fischer and his team believe they will find sharks on this expedition, but for everyone else, he said an encounter is rare. Still, people should watch the water for fish and seals, where shark could be feeding, he said.

A team of scientists and fisherman with nonprofit Ocearch are preparing to depart for an expedition to tag and track sharks for research, founder Chris Fischer said.

"Its incredible. It’s a huge relief, you know especially when you see them swim off healthy," Ocearch leader-man Max Gault said. "They’ve got their tag on them, we've got the samples."

Despite the fact that people have been reporting shark sightings, and even attacks including a recent death in Maine, the shark population is no where near as robust as it should be for a balanced ocean, according to Fischer.

Maine lifted swimming restrictions Monday, one week after the state saw its first-ever deadly shark attack. The shark bite killed Julie Dimperio Holowach, 63, of New York City, off Bailey Island on July 27 while she was swimming with her daughter, who was not hurt. 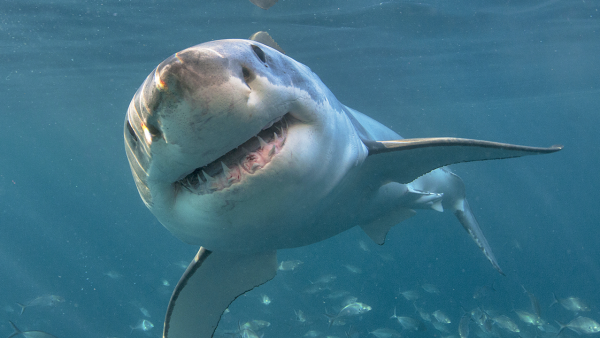 Here's Where Sharks Were Spotted in New England This Past Week 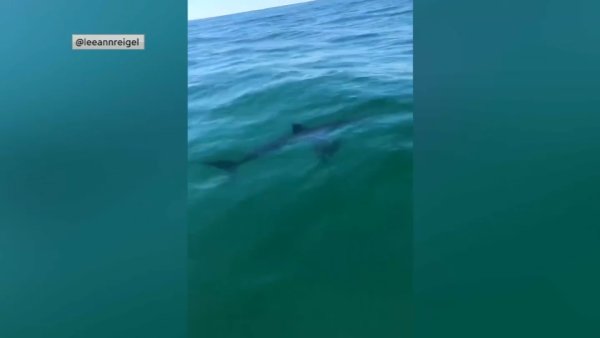