A 17-year-old girl was killed in a shooting at the Hyatt Regency Hotel in downtown Boston overnight, authorities said Friday.

Boston police and EMS found the person shot around 11:30 p.m. Thursday, according to police. She was pronounced dead at the scene, identified at the hotel, which is near the Boston Common. The medical examiner's office was there overnight.

Suffolk County prosecutors said the victim in the case was 17, though didn't identify her, while announcing Friday evening that a 20-year-old from Hyde Park was arrested on gun charges in the case Thursday night.

According to the prosecutors' announcement, Messiah Leggett admitted to police that he had a gun in the hotel room where the teenager was found dead. Police had stopped him and two companions across the Common after they were seen on video leaving the hotel.

A gun was found near where the officers stopped Leggett and the two people with him, prosecutors said.

“My Office is working closely with Boston Police detectives to learn exactly what transpired in that hotel resulting in the loss of this juvenile’s life. We will not rest until we know how this teenaged girl was fatally wounded,’’ District Attorney Rachael Rollins said in a statement. “This is an active death investigation and my heart goes out to the family and loved ones of this victim.”

Leggett was ordered held on $100,000 bail and a prosecutor revoked bail in a prior gun charge out of West Roxbury, prosecutors said. NBC10 Boston has reached out to a man identified by prosecutors as Leggett's attorney.

Police asked anyone with information on the shooting to call homicide detectives at 617-343-4470. Anonymous tips can be made by calling the CrimeStoppers Tip Line at 1-800-494-TIPS or by texting the word ‘TIP’ to CRIME (27463).

Another shooting on Capen and Evans streets in Dorchester left one person with life-threatening injuries overnight. No further information was immediately available.

The Boston Neighborhood Trauma Team provides free, private support for those in need at 617-431-0125 or by visiting BPHC.org/trauma. 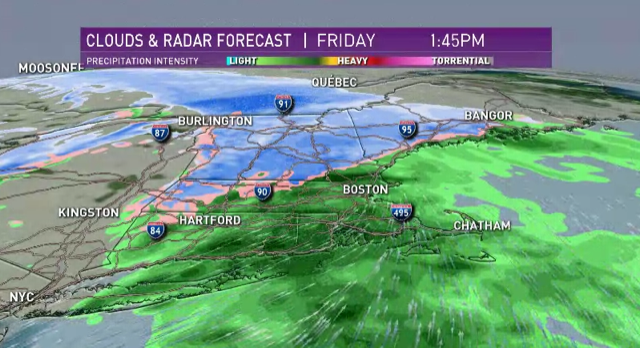 Residents of Mass. and Maine Arrested After Attack on U.S. Capitol