Students at Assumption University in Worcester, Massachusetts, say campus police tried to stop their chalk-written messages of support for the LGBTQ community.

"As a person that is part of the LGBT+ community, I don't feel safe at my school right now," Mazza, a sophomore, said Tuesday. 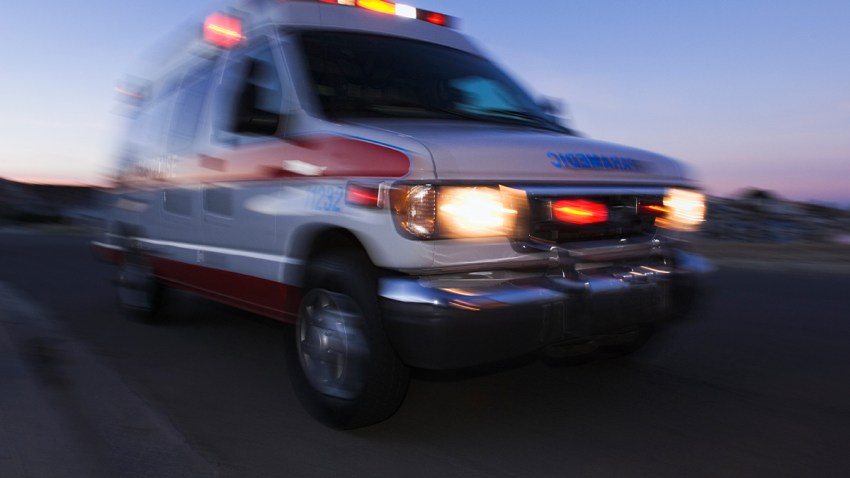 Woman Dies, Man in Serious Condition After Being Struck by Truck in New Hampshire Mazza said the trouble for her started last week when she received an email from the university. The email, set to serve as a voting guide for those on campus, contained information from the United States Conference of Catholic Bishops' Faithful Citizenship program. Students said they found some of the language in that email to be offensive.

"It stated that gay marriage can never be justified, and it associated gay marriage with heinous acts like racism and war crimes," sophomore Devin Normandin said.

Normandin said a group of students went out this past Saturday night to write encouraging messages in chalk on campus. A campus police officer stopped the students while they were writing those messages, according to Normandin.

"Any message with the world 'gay' in it were the ones they seemed to have an issue with, and we were told to wash those ones away," he said.

On Tuesday, a university spokesman called that interaction between campus police and students a "misunderstanding."

The spokesman said campus police were told to allow students to express themselves, but that particular officer had not read that memo prior to seeing the students.

As for the campus-wide email, Assumption has responded.

"As a Catholic university, we sometimes find ourselves in the tension that can exist between Church teaching and our loving support of those who find aspects of Church teaching to be challenging," Deacon Paul Covino, director of campus ministry, said in a long statement. "Each day, my colleagues in campus ministry and I try to maintain that balance. It isn't always easy and we do make mistakes, but we are committed to serving the Assumption community in all its diversity and to promoting dialogue."

Students said they want more from Assumption, especially after Pope Francis came out last week in support of same-sex marriages.

"It is becoming something where the world is now accepting of gay marriage, as I think they should, and the Catholic Church is adapting that belief, but Assumption University has yet to get on board," Normandin said. "It is important to fight this issue, not just on the Assumption University campus, but here in Worcester, as well."