With young kids now eligible for their shots, clinic organizers are thinking of more and more things to ease the anxiety

At a previously scheduled vaccine clinic in Newburyport, Massachusetts, appointments opened up this weekend for 12- to 15-year-olds following last week’s approval of the vaccine for that age group.

Even at just 14 years old, Lindsay Husak of Merrimac, Massachusetts, was anything but hesitant to get her COVID-19 vaccine.

“A lot of my friends have already got their first dose,” she said. “Right when they heard about it, they went right for it.” 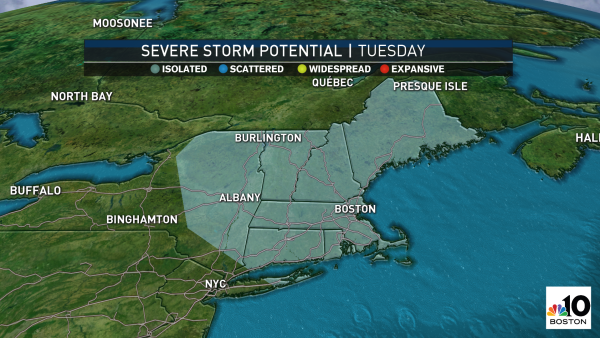 Her dad, Carlos, was also thrilled to bring her to Nock Middle School in Newburyport Sunday for her first shot.

“I’m going with the science, it is what it is, whatever we are being told from the people who know more than I do, that’s what we will stick with,” Mr. Husak said.

“If you have a certain someone you care about, I have my mom and dad, and friends I care about, I’m doing it mainly for them, too,” Cintron said.

But like so many other kids, and plenty of adults, the 16-year-old admits she wasn’t looking forward to her appointment.

“I don’t like needles at all,” Cintron said. “The first shot, I’ll admit, I had to hug my mom because I almost cried.”

With young kids now eligible for their shots, clinic organizers are thinking of more and more things to ease the anxiety.

There were several baskets of free chocolates at Sunday’s clinic that were a huge hit. But most popular was Dice, the therapy dog.

“I love dogs so much it just made my day,” Cintron said laughing.

Dice’s slobbery, adorable face is the perfect distraction -- and that’s exactly the idea.

“The kids will say, ‘It’s done?’ and it’s like they don’t even know they’re getting the shot, because they’re so busy looking at her,” said Dice’s owner, Pam Shedd.

Turns out, when you mix puppy snuggles with a sweet treat, and another step closer to the things we love, it becomes the best day these teenagers have had in a long time.

“I miss all my friends and I really just want it to be normal again,” said 16-year-old Megan Stephens.

“It was so great,” Cintron added.

We’re told Dice will be visiting Lower Merrimack Valley Vaccine Clinics in the future, as well.